Maricopa County Superior Judge Peter Thompson dismissed eight out of 10 counts in Lake’s election lawsuit – ruling they did not fall under the proper criteria to bring election challenges under Arizona law.

Judge Thompson said Lake must prove at trial that someone interfered with the printers in violation of Arizona law, that the interference caused her to lose votes and that those lost votes affected the outcome of the election.

As for the chain of custody issue, Lake claimed employees of the county’s ballot contractor violated the “County Election Manual” when they added ballots of family members and also failed to secure an “Inbound Receipt of Delivery.” Judge Thompson said whether the county complied with its own manual and applicable statutes is a dispute of fact rather than one of law.

A two-day trial will take place before January 2. Hobbs, Arizona’s current Secretary of State, and County Recorder Stephen Richer would be required to testify.

No exact date for trial was set, but Judge Thompson asked that all parties involved submit a list with the anticipated time required for the proceedings no later than 12 p.m. on Dec. 20.

Lake reacted to the ruling on Twitter, writing: “BREAKING: Our Election Case is going to trial. Katie Hobbs attempt to have our case thrown out FAILED. She will have to take the stand & testify. Buckle up, America. This is far from over.”

Lake, who was endorsed by former President Donald Trump, lost to Hobbs by just over 17,000 votes.

However, the former TV anchor claimed “thousands of voters, disproportionately Republican, gave up voting due to the long wait times or simply avoided the polls after seeing the chaos reported.” 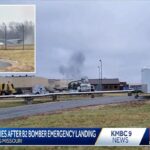 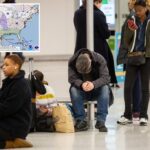