Rescue teams in Arizona are “relentlessly” searching for a hiker who remains missing nearly a week after leaving his cellphone charging at a campground, authorities said Wednesday.

Jeffrey Stambaugh, 63, of Tucson, was last seen around 10:30 a.m. on Friday at the Yavapai Campground within the Granite Basin Recreation Area in Prescott, the Yavapai County Sheriff’s Office said.

Stambaugh had given his cell phone to the camp host so it could be charged but left without it, according to investigators.

After arriving in Prescott, Stambaugh had sent a text message to a friend in the area and asked if they’d like to meet up at some point. The friend later reported Stambaugh missing.

The sheriff’s office received the missing persons report on Saturday and later found Stambaugh’s vehicle at the Metate Trailhead.

Search and rescue teams have used drones, helicopters, K-9, 4×4 and Off-Highway Vehicle units to scour “every trail and rugged wilderness area near and around the trailhead, Granite Basin, and Yavapai Campground,” the sheriff’s office said.

Stambaugh had made reservations to stay at the campground from Sept. 27 through Sept. 29. 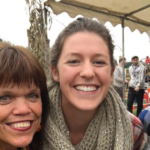 Why She Isn’t on ‘Little People, Big World’