90 Day Fiancé star Veronica Rodriguez shocked fans after revealing she was dating fellow franchise costar, Kim Menzies’ son, Jamal Menzies, following her split from Justin Foster on season 3 of 90 Day: The Single Life — but are they still together? Keep reading to find out everything we know about Veronica and Jamal’s current relationship status.

How Did 90 Day Fiance’s Veronica and Jamal Meet?

After ending her fling with Justin, In Touch confirmed in December 2022 that Veronica was dating the 90 Day Fiancé: Happily Ever After? alum’s adult son.

“They’re having fun,” a source exclusively told In Touch about the new couple at the time.

During part 3 of the season 3 tell-all, which aired in December 2022, Veronica revealed she met Jamal after reaching out to him to ask for trip recommendations in his hometown of San Diego.

“So, I was like anything, you know, I should see or things like that, and he was like, ‘I will be in San Diego and I will meet you and take you to dinner if you would like,’” Veronica gushed to host Shaun Robinson. “I didn’t expect it to go anywhere, but we just really, really hit it off.”

Jamal and Veronica confessed to spending the night together and mutually agreed that they didn’t want it to be the last time they saw each other. While Jamal openly admitted that he was sleeping with other people, Veronica was also “open” to the idea, however, she was too “lazy” to pursue someone else.

How Does Veronica’s Ex Tim Malcolm Feel About the Relationship?

Veronica’s ex-fiancée Tim Malcolm had issues with the arrangement and he argued he believed Veronica was “absolutely not” OK with Jamal seeing other women.

“She doesn’t feel comfortable saying yet, ‘Hey, you’ve got to get rid of the other girls,’” the North Carolina native said during the special. “I actually can’t believe that you’re lowering yourself to that, that you don’t deserve someone who’s going to put you on a pedestal … It’s sad to me.”

Are 90 Day Fiance’s Veronica and Jamal Still Together?

While Veronica has yet to confirm her ongoing fling with the San Diego native, the pair are seemingly on good terms.

In December 2022, Veronica took to her Instagram Stories to hint toward a positive sign regarding her relationship with Jamal. In the social media post, Veronica reposted a 90 Day Fiancé fan account who shared a throwback 90 Day: Pillow Talk clip of Veronica and Tim talking about Jamal’s gold earrings while watching an episode of 90 Day Fiancé: Happily Ever After.

“You’re feeling it?” Tim asked Veronica in the clip. To which she replied, “Mmmhmm, I could work with all of that.”

In the post, Veronica added a sticker that read, “Busy manifesting.” 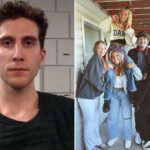 Everything revealed about Bryan Kohberger, suspect in the Idaho college murders, since his arrest 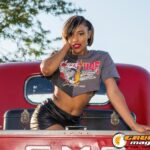