Trouble in paradise? Gisele Bündchen and Tom Brady have long been one of the most solid couples in Hollywood, having been together for more than 15 years. However, with rumors of an impending divorce making the rounds, many are wondering what the exact status of their relationship is. Keep scrolling to find out everything to know about where Tom and Gisele stand as a couple.

When Did Tom Brady and Gisele Bündchen Get Married?

Tom and Gisele tied the knot on February 26, 2009, in Santa Monica, California, after meeting through a mutual friend in 2006. While speaking to Vanity Fair about the seven-time Super Bowl champion about a month after their wedding, the supermodel opened up about the first time she and Tom met, telling the outlet she knew that he was The One from the very beginning.

“I knew right away – the first time I saw him,” she explained. “We met through a friend. The moment I saw him, he smiled and I was like, ‘That is the most beautiful, charismatic smile I’ve ever seen!’ We sat and talked for three hours. I had to go home for Christmas, but I didn’t want to leave. You know that feeling of, like, you can’t get enough? From the first day we met, we’ve never spent one day without speaking to each other.”

In a 2009 interview with GQ, Tom dished on all the details about their laid-back nuptials, which he said the couple planned immediately after getting engaged in January that year.

“We planned it in like 10 days, and it was perfect,” the Tampa Bay Buccaneers quarterback recalled to the outlet. “We went back to the house and I barbecued aged New York strips. We had champagne, a cake, some ice cream. It was a great night. I think you always have this idea that weddings need to be 200 people and you invite everybody, and I’m all for it if people want to do that, but I think there was really something special about just having our parents there.”

Two months after their initial wedding, the pair had a second celebration in Costa Rica.

When Did Tom Brady Retire?

Tom announced his retirement from the NFL in February 2022 in a lengthy statement thanking his fans, coaches, teammates and family.

“You are my inspiration. Our family is my greatest achievement. I always came off the field and home to the most loving and supportive wife who has done EVERYTHING for our family to allow me to focus on my career,” he gushed about Gisele at the time. “Her selflessness allowed me to reach new heights professionally, and I am beyond words what you mean to me and our family.”

However, just 40 days after his initial retirement announcement, the star athlete officially unretired in a statement posted to Twitter on March 13: “These past two months I’ve realized my place is still on the field and not in the stands. That time will come. But it’s not now. I love my teammates, and I love my supportive family. They make it all possible. I’m coming back for my 23rd season in Tampa. Unfinished business LFG [let’s f–king go].”

When Did Tom and Gisele Start Having Problems?

A source told Us Weekly that things were “very tense” between the pair in 2015 after the quarterback was allegedly involved in “DeflateGate,” in which he was accused of ordering the deflation of footballs used in the AFC Championship Game in the 2014-2015 NFL playoffs. Gisele allegedly threatened Tom with divorce by reportedly meeting with a divorce lawyer at the time.

Though the couple got through their rough patch, Tom admitted in a 2020 interview with Howard Stern on his Sirius XM radio show that Gisele “wasn’t satisfied” with their marriage a couple years prior.

“A couple of years ago, she didn’t feel like I was doing my part for the family,” he admitted. “She felt like I would play football all season and she would take care of the house, and then all of a sudden when the season ended, I’d be like, ‘Great, let me get into all of my other business activities. Let me get into my football training,’ and she’s sitting there going, ‘Well when are you going to do things for the house? When are you going to take the kids to school and do that?’”

Added Tom: “That was a big part of our marriage that I had to like check myself because she was like, ‘I have goals and dreams too.’”

In September 2022, split rumors continued to plague the couple as Tom headed into his 23rd NFL season.

Gisele Last Posted About Tom on Instagram in August 2022

Though Gisele has posted pictures with Tom – many of them with loving captions – consistently over the years, the NFL star hasn’t been featured on the former Victoria’s Secret model’s Instagram grid since his birthday on August 3, 2022.

“Happy birthday to one of the most focused, disciplined and fashionable person I know! @tombrady you are so loved and we are always here cheering for you and wishing you all the most wonderful things in life!” she wrote.

After Gisele was a no-show at Tom’s first home game with the Tampa Bay Buccaneers on October 2, 2022, a source revealed to In Touch that Tom was upset and taken aback by his wife’s absence.

“Gisele was supposed to show up to Tom’s first home game on Sunday – basically to keep up appearances, but she bailed at the final hour and sent the kids with Tom’s mom,” the insider dished. “Her no-show was a huge slap in the face for him.”

Are Tom and Gisele Getting a Divorce?

A source told Us Weekly in September 2022 that Gisele wasn’t thrilled with Tom’s decision to go back to the NFL, while another source told the outlet that “Tom and Gisele are still not seeing eye to eye regarding his retirement,” and alleged that the pair live in separate houses “but continue to communicate” with one another.

“Gisele was not happy when Tom un-retired from the NFL after such a short time,” the source said. “Tom is doing everything he can to make it up to her, they’re working through things and trying to come out the other side.”

Days later, Gisele addressed Tom’s unretirement in her Elle October 2022 cover story, telling the outlet, “I’ve done my part, which is [to] be there for [Tom]. I moved to Boston, and I focused on creating a cocoon and a loving environment for my children to grow up in and to be there supporting him and his dreams.”

Further fueling split rumors, a source told In Touch in October 2022 that “Gisele has already been talking to attorneys about filing for divorce,” adding: “Things are bound to get messy with dividing assets and everything.”

Another insider told Us Weekly that “Gisele was the first to hire [an attorney] and Tom responded. They have still been at odds with each other. … They are still living apart.” 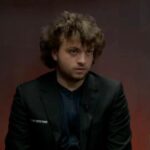 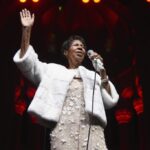