A new flame. 90 Day Fiancé star Tiffany Franco seemingly ended her marriage for good after reigniting her love life on the spinoff, 90 Day: The Single Life. After finding sparks with new man Daniel MacFarland Jr., she paused the romance to rekindle things with her estranged husband, Ronald Smith while taking their daughter, Carley, to visit him in South Africa. Following their rocky ending, Tiffany seemingly set her sights back on Dan — but are they still together? Keep reading to find out everything we know about their current relationship status.

The Maryland native introduced viewers to Dan during season 3 of 90 Day: The Single Life, which was filmed while she was estranged from her husband.

“Tonight, I’m going on a date with somebody that I matched with on a dating app. I’ve never gone on a date with anyone from the internet that I don’t already know in person,” Tiffany told producers in a November 2022 episode. “It’s a little scary. You don’t know who’s behind the pictures. People can pretend to be really nice but then be crazy.”

On their first date, Tiffany found sparks with the comedian at a local horse stable, where she deemed he didn’t look like “a dangerous person” or a “murderer.”

While Dan felt Tiffany “checked all his boxes” and had a killer smile, the TLC alum ultimately ended things as she planned to travel to South Africa to give her marriage one last chance.

While Ronald impressed Tiffany with his efforts when she arrived in South Africa, their reunion was short-lived and by the 90 Day: The Single Life season 3 tell-all, which premiered in November 2022, she confirmed she and Ronald split.

Following the airing, Ronald exclusively told In Touch that his ex “refused to sign” their divorce papers. However, Tiffany exclusively responded to her ex in a statement to In Touch, explaining exactly why there’s been a delay in the proceedings.

“Ronald told me he wanted to get it done immediately and I asked him very nicely if he could please give me a few weeks to get the money together,” Tiffany told In Touch in December 2022. “I’ve been struggling a little bit financially since returning from South Africa.”

Are 90 Day Fiance’s Tiffany and Dan Still Together?

That same month, Tiffany exclusively told In Touch that she was “going steady” with Dan.

“We see each other [two] or three days a week and we are taking it slow,” the mom of one gushed about the new relationship in December 2022. “We really like each other. I’m waiting for him to POP the question (the ‘Will you be my [girlfriend]’ question, of course!). He’s been slowly but surely convincing me to put the walls I’ve put up, down. And it feels so peaceful and soft and healthy. He’s such a kind soul and I feel very lucky [red heart emoji].” 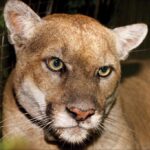 P-22 mountain lion is euthanized due to injuries 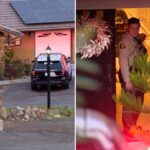