Are Mike Youngquist and Natalie Mordovtseva divorced? The couple’s marital problems played out on season 6 of 90 Day Fiancé: Happily Ever After? and she shared her dating journey on 90 Day: The Single Life. Keep scrolling below to find out if they’re still married or together and to find out where they stand today in 2022!

Did ‘90 Day Fiance’ Stars Mike and Natalie File For Divorce?

As In Touch previously reported, Mike and Natalie have been separated since early 2021.  In Touch can confirm that neither Mike nor Natalie have not filed for divorce as of October 2022. According to court records, they have not submitted paperwork in Washington nor in her new home state of Florida. A Clallam County Court clerk also confirmed to In Touch that there is no divorce in progress.

Why Did Mike and Natalie Break Up?

The former couple has documented nearly their entire journey on TLC. Fans have watched Mike and Natalie clash before she arrived in America on 90 Day Fiancé season 7, then their dramatic 90-day countdown to their wedding — which Mike called off the morning of only to agree to wed days later — on 90 Day Fiancé season 8. By the time they returned for 90 Day Fiancé: Happily Ever After? season 6, their marriage was already on the rocks and viewers were witnessing the beginning of the end.

Earlier in HEA? season 6, they documented their trip to Tulsa, Oklahoma, to spend Thanksgiving 2020 with Mike’s mother, Trish. During their stay, Natalie felt uncomfortable and unwelcome by her mother-in-law and tension reached a peak when Natalie claimed Trish called her a “hooker.”

The Ukraine native confronted Trish the morning she and Mike were set to return to their home in Washington, which made for an awkward ride as Trish drove them to the airport. Once at the gate, Natalie walked ahead of Mike and Trish and didn’t say goodbye to her mother-in-law. Since then, the tension between Mike and Natalie continued to grow until it reached a boiling point.

During a July 2021 episode, Mike and Natalie got into a huge blowout fight while filming their joint confessional interview. Natalie brought up Mike’s mother and her alleged “hooker” comment, and Mike insisted that Natalie call his mother on the phone to clear the air. While on speakerphone, Trish adamantly denied calling Natalie a “hooker.” Natalie asked Trish for her honest opinion about her as a daughter-in-law and why she felt that way, and Trish confirmed she was upset with Natalie because of the way she treats her son.

After Trish hung up, Mike dropped a huge bombshell when he revealed that he got into a huge fight with Natalie on Christmas Eve 2020 that resulted in her leaving to stay with her friend, Julia, in Seattle.

The Sequim, Washington native then revealed that when Natalie left, she took all of the presents he bought for her and gave them to her friend. “Who did I marry, Natalie? I’m being loving and supportive towards you, you [are] disrespectful, don’t care, rather hang out with your friends all night,” Mike said, revealing Natalie had only spent one night with him since Christmas. Natalie explained she has her own room at her friend’s house and stood there for three weeks because she and Mike “fight a lot” and Natalie still believed Trish called her “names” even though Trish denied it. Their argument continued to get so heated that Mike stormed off the set.

Are Mike and Natalie Dating Other People?

Natalie went on to document her journey back on the dating scene on seasons 2 and 3 of the discovery+ spinoff 90 Day: The Single Life. She went on several dates and finally stumbled upon a possible long-term suitor, modeling agency CEO, Josh Weinstein.

Mike has sparked dating rumors with former Rock of Love Bus star Marcia “Brazil” Alves. The VH1 alum shared photos via Instagram of her and Mike looking cozy as they spent time together in Las Vegas, Nevada, in September 2021. Almost a year later, Marcia shared more photos of with 90 Day Fiancé alum, once again hanging out in Sin City.

“Such an awesome weekend!” she shared in August 2022, alongside photos of their event-filled Vegas weekend adding the hashtags, #GreatWeekend, #MissYouAlready. “Sad it’s over, will see you soon.”

Why Do Fans Think Mike and Natalie Are Getting Back Together?

In a teaser for The Single Life season 3, Natalie is set to reunite with her ex-husband later in the season. “I hope I can decide with whom I want to spend the rest of my life,” Natalie said in her confessional. The scene then cut to her arriving at Mike’s farm in Sequim, Washington, which In Touch confirmed was listed for sale in June 2022, holding flowers. Mike stepped out to greet her and the exes hugged in a very sweet embrace.

While Mike and Natalie have yet to reconcile, the former flames first sparked the buzz of a possible reconciliation in May 2022 after the Ukraine native took to her Instagram Stories to seemingly take a photo with the dog she and Mike previously adopted while they were together.

In August, The Single Life alum further ignited rumors when she took to Instagram to reminisce on the moment she first connected with Mike online.

“Today seven years ago, I had responded to his guy: ‘Thank you for your good wishes to my country!’” she wrote alongside an early, loved-up photo of the former flames. “And it changed my life forever … ”

Fans were quick to flood the comment sections with questions regarding the former TLC couple’s relationship status.

“Are you back together?” a fan asked Natalie after seeing the throwback photo of her with Mike. “[Maybe] we never parted … [woman shrugging emoji],” she responded. 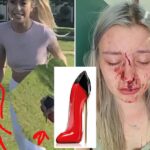