90 Day Fiancé star Loren Brovarnik (née Goldstone) met now-husband Alexei Brovarnik during a birthright trip to Israel and after a whirlwind romance, documented their road to tying the knot on the long-running series. Keep reading to find out everything we know about their current relationship status!

Which Seasons Were Loren and Alexei On ‘90 Day Fiance’?

Loren and Alexei were first introduced on season 3 of 90 Day Fiancé. After appearing on season 1 of the spinoff 90 Day Fiancé: Happily Ever After? and various appearances on Pillow Talk, the TLC couple went on to star in their own show, Loren & Alexei: After the 90 Days, which premiered in January 2022.

Did 90 Day Fiance’s Loren and Alexei Get Married?

Two years after their initial meeting, the season 3 couple got married in September 2015. Loren and Alexei wed again in 2016 with a second ceremony in Israel, which was shown on 90 Day Fiancé: Happily Ever After?.

Do 90 Day Fiance’s Loren and Alexei Have Children?

The pair announced in May 2022 that they were expecting baby No. 3. “This was quite a shock to say the least,” Loren confirmed her surprise pregnancy to Entertainment Tonight at the time. “And while we’re entering a whole new chapter, I’m very excited. We aren’t going to find out the gender until the baby is born, I’d be lying if I said I wasn’t terrified, I am. But nothing we can’t handle. We can’t wait to meet BabyB this fall!”

Their daughter, Ariel Raya, was born in September 2022.

The parents exclusively told In Touch in June 2022 ahead of the birth of their daughter that baby No. 3 would be their last. “And we don’t know the gender,” Alexei first revealed while talking about fears of going from a parent of two to a parent of three. “We’re not finding out. Because this is the last one. We’re done. I’m done.”

Are ‘90 Day Fiance’ Stars Loren and Alexei Still Together?

Thankfully, one of TLC’s most recognizable couples are still together! Loren and Alexei are set to return for season 2 of Loren & Alexei: After the 90 Days, and the series is set to document the couple as they prepare to welcome their daughter. The upcoming season also teased Loren and Alexei’s first trip to Israel since their wedding in 2016. While aboard, the parents of three consider moving to Isreal before Loren’s parents quickly shut down the idea. 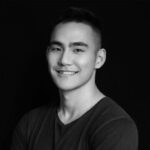 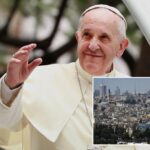