It’s been a bumpy ride for 90 Day Fiancé stars Yara Zaya and Jovi Dufren, but they haven’t let that stop them from finding happiness in love. The couple was introduced to viewers on season 8 of TLC’s flagship series, showing her transition from her native Ukraine to his hometown of New Orleans, Louisiana. Following their return as new parents on the spinoff, 90 Day Fiancé: Happily Ever After, the obstacles have only begun for this new marriage. Keep reading to find out Jovi Dufren and Yara Zaya’s current relationship status.

How Did ‘90 Day Fiance’ Stars Jovi and Yara Meet?

Jovi and Yara started dating after they matched on a dating app. They began to travel together, which put their romance on the fast track as they made fun, new memories. Yara had a surprise pregnancy in the early stages of their relationship and Jovi later popped the question, but they sadly suffered a miscarriage. In the wake of that heartbreaking experience, Yara and Jovi leaned on each other and found solace as they planned a wedding.

In a January 2021 episode, the blonde beauty broke down in tears while reflecting on that difficult chapter when Jovi brought up wanting a family.

“There is another reason why I don’t want to get pregnant now … because when we were traveling in Europe, I lost a baby and I was [needing] to go for [an] operation and Jovi left me and he [flew] alone back to work,” she told cameras.

Jovi explained that he went without her because she lost her passport, however, he was unaware that she would have to undergo an operation at the time. “I didn’t realize that Yara was so resentful to me that I left her in Albania. I knew that I made a questionable decision … I didn’t expect it to be brought up a year and a half later,” he revealed. “Of course, it bothers me. It is not the conversation I want to have with Yara, especially when I am flying out to work in the morning.”

More recently, the pair had some tension over his bachelor party plans. “I want to have my last little getaway before I get married. But I look at Yara, she’s not feeling well. I’m in a pickle, I don’t know what to do,” Jovi said about his conundrum in a March episode.

Yara explained that she wanted Jovi to have fun with his pals, yet she was also hoping he would “take it easy and be responsible” before their planned wedding in Las Vegas, Nevada. “And don’t get [too drunk]. I really hope that old Jovi will not come out tonight,” she added. Jovi stayed out later than he promised and had more to drink than Yara had hoped, which caused tension between the couple just days before their wedding. Despite the drama, they tied the knot in February 2020.

Do Jovi Dufren and Yara Zaya Have Kids?

In January 2021, In Touch confirmed Yara did get pregnant shortly after her arrival to the United States. She and Jovi welcomed their first child together, a baby girl, [in] that September. The couple revealed their daughter’s arrival in a birth special that aired on April 4, and they announced her name is Mylah.

Are ‘90 Day Fiance’ Stars Jovi and Yara Still Together?

In the past, Jovi has candidly admitted that if it wasn’t for their daughter, he and Yara would be divorced. During an August 2022 Instagram Q&A fans, a viewer asked if that was still the case.

“I think children hold a lot of marriages together,” he replied. “Not just mine.”

Despite his statement, the TLC couple is still going strong in their relationship. In September 2022, the pair spent a date night watching the Saints play at the Caesars Superdome in New Orleans, Louisiana. 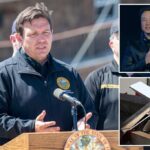 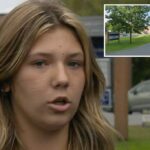