On the rocks or happily together? Josh Duggar and Anna Duggar’s relationship has drastically changed since he began serving time in prison. Keep scrolling to find out where they stand today.

Are Josh Duggar and Anna Duggar Still Together?

Despite having a long-distance romance as Josh serves time at Federal Correctional Institute (FCI) in Seagoville, Texas, he and Anna are still together.

In fact, Anna – who shares children Mackynzie, Maryella, Marcus, Mason, Michael, Meredith and Madyson with Josh – is considering a move south to be closer to her husband.

However, In Touch exclusively reported that Josh believes Anna will be “influenced to leave him” if she moves away from their home in Arkansas. “The problem is that Josh doesn’t want Anna and their kids moving away from his family,” the source revealed. “He thinks it will create too much of a disconnection for her and his kids.”

The 19 Kids and Counting alum “can’t raise his kids from prison and he’s afraid of outside influences,” said the insider.

“He doesn’t want anyone but Anna and his immediate family to guide his children,” the source added. “He also fears that if Anna is distanced from his family, she might be influenced to leave him.”

How Does Anna Duggar Feel About Her Relationship With Josh Duggar?

While she hopes to move to Texas with their seven children, an additional source exclusively told In Touch that Anna is “working hard” to accept that Josh might not be in her life for the next several years.

“Anna doesn’t want to get her hopes up, and while he’ll always be the father of her children, she’s not sure if there is a future with Josh,” the insider shared. “As far as I know she still communicates with Josh, but in her heart, all she has left is her children and her faith.”

A third source shared that Anna will face a difficult decision if Josh’s appeal of his conviction is denied.

“Anna’s not sure what will happen if Josh’s appeal gets denied,” the source said of the former TLC star. “Permanently moving closer to her sister is a real option, [though] she’s torn. Anna will have to make some very crucial life decisions.”

What Is Anna Duggar’s Relationship with Josh Duggar’s Family?

Anna used to be close with Josh’s parents, Jim Bob and Michelle Duggar, and his 18 siblings, though it appears that her relationships with the family have changed with Josh away.

“The Duggar family fully supports Anna, but it’s complicated. There are a lot of hurt feelings over what Josh did,” another insider exclusively told In Touch about their current family dynamic. “She still attends family functions because her kids love their cousins, aunts and uncles, but it’s not the same for Anna.”

Another reason Anna is considering a move to Texas is to “distance herself from Josh’s sisters.”

Why Is Josh Duggar Serving Time in Prison?

The disgraced reality star “allegedly used the internet to download child sexual abuse material,” the U.S. Attorney’s Office in the Western District of Arkansas shared in a press release at the time. “Duggar allegedly possessed this material, some of which depicts the sexual abuse of children under the age of 12, in May 2019.”

Josh was sentenced to serve approximately 12.5 years in prison on May 25. However, his release date was later changed to August 12, 2032, which is slightly more than 10 years, In Touch confirmed in July. 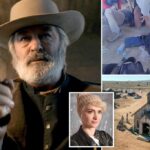 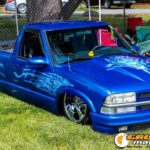