Jeremy Allen White has had quite the impressive year following the success of Hulu’s The Bear, while he recently thanked his wife, Addison Timlin, at the Golden Globes. Keep scrolling to find out Jeremy and Addison’s relationship status and more about their marriage.

The Little Sister actress seemed to prove that she and Jeremy are going strong by sharing a sweet tribute to her husband after he won the Best Actor – Television Series Musical or Comedy award at the Golden Globes on January 10.

“When we were 14 years old and I saw you perform for the first time in drama class, I couldn’t take my eyes off of you. When we’d run your lines for Shameless, I’d be so tickled knowing beforehand what everyone would get to witness the next day on set,” Addison wrote alongside a photo of Jeremy holding up his award via Instagram on Tuesday, January 17. “When I watched the pilot for The Bear, I cried my f–king heart out. I think somewhere I must’ve known how much life was about to change, but mostly I just knew that the world was about to discover what I’ve known all along.”

After stating it was a “privilege” to know the show would be a hit first, Addison reflected on watching the After Everything actor accept the award. “Watching you win on Tuesday was one of the most overwhelming dimension hopping moments of my whole life, watching you win last night while holding our two babies was pretty out of this world too,” she concluded. “Daddy winned another trophy winners cup. We’re so proud.”

Addison shared the post one week after Jeremy thanked her during his acceptance speech. “Addison Timlin, I love you deep in my bones, thank you for all that you do, thank you for everything that you’ve done,” he declared.

How Long Have Jeremy Allen White and Addison Timlin Been Married?

The pair met in 2008 while filming Afterschool. However, they didn’t start dating until years later.

In 2013, the Californication actress hinted at their romance during an interview with Harper’s Bazaar. “I’ve got a sweetheart who I will not disclose,” she said at the time. “We have a nice foundation from being friends for a long period of time, and then it took a hard right turn into romance.”

Jeremy proposed to Addison in April 2019, while they tied the knot that October.

Jeremy and Addison welcomed their first daughter, Ezer, in 2018. The couple later became parents of two when Addison gave birth to their second daughter, Dolores, in 2020.

“When I found out that my wife and I were pregnant … she called me because she wanted to just tell me right away. We had just moved into our house in Los Angeles, and I was sitting in the backyard to have a little rest. And there was this really old tree sitting in the corner, with a hummingbird nest in it,” Jeremy recalled while talking to InStyle in August 2022. “The tree was dead, but the nest looked like it had been there for a long time. As my wife was telling me we were pregnant, my eyes were just on this hummingbird darting around the whole time. So, I got a little hummingbird for Ezer, our oldest daughter.” 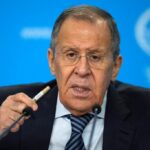 US plotting ‘final solution’ against Russia 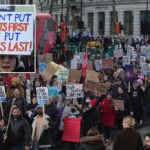