Back on? Teen Mom 2 stars Javi Marroquin and Lauren Comeau have had a rocky relationship over the years. Keep reading to find out their relationship status and where the coparents stand today.

Are Javi Marroquin and Lauren Comeau Back Together?

Javi’s ex-wife, Kailyn Lowry, seemed to hint that he and Lauren are giving their relationship another try.

In screenshots obtained by fan Instagram account Teen Mom Shade Room in October 2022,  Kailyn implied she told her “Coffee Convos” podcast listeners that the pair are dating again on the podcast’s Facebook page.

“I’m leaving this group because you guys can’t leave anything in here,” she wrote after the reconciliation news began to circulate on social media.

Javi, who was married to Kailyn from 2012 until 2017, seemed to shade his ex by posting a quote via his Instagram Stories. “Learning how to leave people alone and go on with your life is a needed skill. You must master it,” the post read.

Why Did Javi Marroquin and Lauren Comeau Split?

Javi and Lauren’s relationship was rocky from the start after they met at a wedding in 2017.

In 2019, Javi was allegedly caught cheating with another woman in the home he shared with Lauren. After news broke of the scandal, the MTV star issued a public apology to his then-fiancée.

Then in October 2020, Javi was accused of trying to cheat on Lauren with Kail when the mother of four claimed he “tried to f–k” her “in a Wawa parking lot” during an episode of Teen Mom 2.

Javi and Lauren split for good shortly after the episode aired. However, the drama continued when she accused Javi of cheating with his ex-wife again during an emotional Instagram Live in January 2021. She filmed the clip after Kailyn and Javi were spotted at a car dealership in Delaware together.

“While I have tried to avoid a he said/she said situation [by] staying quiet, the accusations Lauren made against me this afternoon on Instagram are false,” Javi told In Touch shortly after she made the allegations. “My only focus right now is creating healthy coparenting relationships with both Lauren and Kail for the sake of my boys and bettering myself.”

Where Do Javi Marroquin and Lauren Comeau Stand Today?

While neither Javi nor Lauren has confirmed their relationship status, the pair appear to be on good terms as they coparent Eli.

In June 2022, they reunited to travel to Boston, Massachusetts, for a family outing with Lincoln and Eli at the NBA Finals.

“One last championship/appreciation post,” Javi wrote via his Instagram Story at the time. “I knew going to Boston with the Finals atmosphere was going to be a lot for me solo. So, I’m glad we were able to make it happen for the boys!”

“Appreciate you,” he added, referring to Lauren. 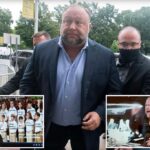 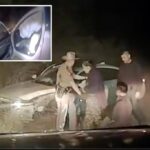