Moving on! Sister Wives fans were stunned after Janelle Brown became the second wife to leave Kody Brown. Now that she and Christine Brown are both single, fans are wondering if they’ll get their own TLC show. Keep reading to find out why viewers are pushing for a Christine and Janelle spinoff.

In Touch exclusively confirmed Janelle and Kody’s split on December 9, 2022. “Janelle is a strong independent woman and realized she can do it on her own,” an insider dished, adding that the mom of six – who spiritually wed the businessman in 1993 – “outgrew him.”

Kody confirmed the breakup at the end of the December 12 episode of Sister Wives, saying, “I am separated from Janelle, and I am divorced from Christine.”

When Did Christine and Kody Split?

Christine and Kody shared statements on their respective social media accounts announcing their split in November 2021. “After more than 25 years together, Kody and I have grown apart and I have made the difficult decision to leave,” the Cooking With Just Christine star wrote on her Instagram at the time.

“Christine’s decision to leave comes with a great deal of sadness,” the Brown family patriarch added in a tweet of his own. “We enjoyed many years together and I have a large amount of respect and admiration for her. Although we are moving forward on different paths, we will always remain committed parents.”

Are Janelle and Christine Getting a ‘Sister Wives’ Spinoff?

While it is unclear whether Christine and Janelle will get their own show now that they’re separated from Kody, fans of Sister Wives have been demanding they get a spinoff, claiming the two women are the reason why many viewers stuck around for the last few seasons of the long-running reality series.

“Cancel this show and give Janelle & Christine a show,” one Twitter user wrote, while another tagged TLC and added, “So is it time to cancel #SisterWivesTLC yet? The only reason ppl [people] tuned in are [sic] now gone. Nobody likes Robyn & Kody and honestly the show has run its course. Let’s have a Christine and Janelle after-Sister Wives show! They are the best!”

More social media users echoed similar sentiments, with another viewer pitching their own idea for a spinoff. “Can we get a show with Janelle and Christine where they road-trip in a RV and stop in to pay visits to all their kids along the way?” they wrote. “Janelle has RV experience already and they can do it during summer so truly and Savanah can not miss school.”

Though many fans called for TLC to cancel the original series and replace it with a show centering around Christine and Janelle’s lives with their children, one social media user admitted they would like to see both shows air at the same time. “Keep Sister Wives going and give Christine and Janelle their own show!” they said. “I’m so ready to see Kody flip!  And Meri, she’s starting to turn on Kody!”

When Did ‘Sister Wives’ Start?

Sister Wives premiered on TLC in September 2010. The show is in its 17th season as of December 2022, and although a premiere date for season 18 has yet to be announced, Christine confirmed she was “finally filming” in her Salt Lake City, Utah, home in a November 2022 Instagram post. 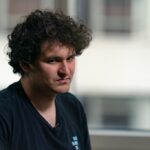 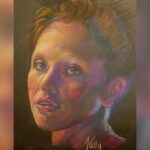