On the rocks? Sister Wives fans were shocked when Christine Brown announced her split from Kody Brown in November 2021, because they thought she would not have been the first of the polygamist’s four wives to leave as viewers predicted it would be first wife Meri Brown since they struggled for years in their marriage. However, on season 16 of the polygamous family’s TLC show, Kody found himself at odds with both third wife Christine and second wife Janelle Brown as they clashed over guidelines for the coronavirus pandemic. But will Janelle be the next wife to leave? Keep scrolling below to find out if Kody and Janelle are still together.

Janelle joined the Brown family when she married Kody as his second wife in a spiritual wedding ceremony on January 20, 1993. At the time, he was already married to Meri for nearly three years, as they wed in April 1990. Janelle and Kody’s relationship seemed to remain strong as he went on to wed Christine in March 1994 and married fourth wife Robyn Brown in December 2010.

During their marriage, Janelle and Kody welcomed six children together: son Logan Brown in May 1994, daughter Madison Brown in November 1995, son Hunter Brown in 1997, son Garrison Brown in October 1998, son Gabriel Brown in 2001 and daughter Savannah Brown in December 2004.

Unfortunately, the cracks in the couple’s marriage started to show amid the stress of the coronavirus pandemic in 2020. Fans watched the family of 23 navigate the pandemic and decide how best to protect their family from COVID-19 and prevent them from spreading the virus amongst themselves. Kody imposed a set of strict guidelines for his family to follow in order for them to safely visit each other, but Christine and Janelle both refused to follow his rules, claiming they were too restricting. Kody’s rules included wearing a mask in public, sanitizing hands after shopping, washing hands often, sanitizing purchased products and groceries with alcohol wipes before bringing them into their homes, removing shoes outside, changing clothing after visiting stores, other homes, or businesses, no eating at sit down restaurants only takeout, using curbside pickup for shopping, self-quarantining for two weeks after travel or having visitors, no visiting movie theaters, bars, fitness centers or restaurants, sanitizing hands and changing clothes after visiting stores, limiting kids’ time with friends and allowing them to socialize only if they maintain a 10 feet social distance and cleaning mail and packages with alcohol wipes.

In a scene that aired on January 2, Janelle and Kody got into a very heated fight during a discussion amongst all four wives and the Brown family patriarch about their 2020 holiday plans. After Janelle refused to follow Kody’s protocol and said she would not be joining the family for Thanksgiving because she would not follow the rules, she felt Kody was accusing her of not following any of the guidelines at all and was “guilt-tripping” her to make her feel like she was making an irresponsible decision.

“You know what? F–k off,” Janelle told her husband as she walked away.

Later in the season, Janelle admitted that she was rethinking her decision to live her life as a polygamist. “I’ve caught myself in the last few weeks really reflecting and being like, ‘OK, look: do I still choose plural marriage?’” Janelle vented on the January 16 episode. “Yeah, I still choose it, but I’ve had to [make] that conscious decision with myself.”

“I’ve had to really think. My children are almost grown and there’s not a huge necessity anymore to stay. It was a wonderful way to raise children,” she added in her confessional. “With Kody and I right now, our relationship is pretty strained. And you know, it’s easy to walk away.”

While Janelle and Kody seem to have been at odds throughout filming season 16, it seems the couple may have been able to work past their issues. Kody and Janelle spent a lot of time together in the summer of 2021 while she was living in an RV on the family’s Coyote Pass property in Flagstaff, Arizona, amid their building delays. The couple even posed for a loved-up selfie in July 2021 as they enjoyed a rare date night featuring a Chinese takeout dinner under the stars outside of her RV. In November 2021, Janelle moved out of the RV and off of Coyote Pass for the winter.

However, it seems things may not be fully repaired between Kody and Janelle. “Janelle meant it when [she] said she would leave Kody,” a source told Us Weekly in January 2022. “It’s going to happen.”

The insider explained that part of the reason Janelle may still want to split from Kody is because “she sees how happy Christine is now that she’s ‘free’ from Kody.” Janelle “is strongly considering separating from him too,” the source said. “Christine and Janelle are very close and they have conversations about it.”

By March 2022, Sister Wives fans speculated over the couple’s looming split after Janelle shared an adorable Instagram photo of her hugging grandchildren Axel and Evie.

“These two are why I am motivated to take care of myself,” Janelle captioned the post that month. “I love watching them grow up and being a part of their lives! Find your motivation and become the best version of yourself.”

A few Instagram followers quickly weighed in on Janelle and Kody’s relationship status. “You are looking so happy lately,” one fan commented. “I hope that means you are single and ready to mingle.” Another fan even alleged Janelle had already “left” Kody, writing, “I’m proud of you and Christine … It’s still hard to leave someone you once gave your heart [to]. I wish you ladies the best!”

“Where is Kody?” another Instagram user wrote. “I only see posts of you with your kiddos and grandkids. You are simply glowing, Janelle.”

While Janelle has yet to confirm her relationship status with the polygamous patriarch, Christine’s aunt Kristyn Decker exclusively told In Touch in November 2022 that she believes Janelle left Kody “a long time ago.”

“As far as any relationship, any marriage goes, I think [Janelle’s] similar to, in Meri [Brown]’s situation where she’s just staying in a marriage that’s not really a marriage,” Kristyn said at the time. “I don’t think they’ve had a marriage for a long, long, long time. It’s just platonic.”

“[It’s] pretty obvious that they really haven’t been together in a long time, at least marriage wise,” she continued.

Days after Kristyn opened up about Janelle and Kody’s marriage, Janelle seemingly spent the Thanksgiving holiday away from her husband.

“Our Thanksgiving crowd. Grateful for family and friends,” the mother of six captioned a family photo with her children on November 25, 2022, with Kody noticeably absent from the holiday pic. 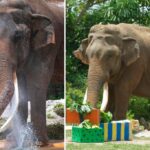 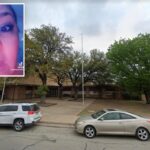