Rollercoaster romance! Married at First Sight stars Jamie Otis and Doug Hehner faced many ups and downs while their relationship was documented on the Lifetime show. Keep scrolling to take a look at their relationship and find out if they’re still together today.

Are Married at First Sight’s Jamie Otis and Doug Hehner Still Together?

Jamie and Doug proved that putting work into their relationship paid off and they are still happily married today.

“This is us. It’s so beautiful to see what came from two ‘crazy’ souls willing to marry a stranger for true love,” Jamie wrote via Instagram in December 2022 alongside a video that documented each year in their relationship. “I mean, look at this beautiful little family we’ve created.”

In March 2022, Jamie reflected on the unconventional way they found love ahead of their eight-year wedding anniversary. After noting people “laugh and mocked” them for turning to the reality show to find love, the pair said they have no regrets about the way they met.

“I went through with #marriedatfirstsight though bc I desperately wanted a family. I wanted someone to share my life with. I got that and so much more in my hubby, @doughehner,” she wrote alongside a video of the pair dancing on the beach. “We will forever be thankful to everyone at MARRIED AT FIRST SIGHT (you know who you are) who believed in this crazy concept and somehow convinced us to believe in it too.”

How Did Jamie Otis and Doug Hehner’s Relationship Begin?

The couple met during season 1 of Married at First Sight, which aired in 2014.

Despite being strangers on their wedding day, Jamie and Doug took a leap of faith and tied the knot after a group of experts sorted through applications of eligible bachelors and bachelorettes and determined they were a good match.

It wasn’t love at first sight for Jamie, who cried as she saw her husband for the first time while walking down the aisle.

“This is the worst feeling,” she said in her confessional. “Obviously I wasn’t like, ‘What a knockout!’ You know? I couldn’t help but look at his family, cause they were like beaming with huge smiles looking at me and I just happened to be not attracted to the guy.”

Jamie – who previously competed on season 16 of The Bachelor – stuck it out and managed to make her marriage to Doug work.

In 2015, the pair renewed their vows on the one-year anniversary of their TV wedding.

Do Jamie Otis and Doug Hehner Have Kids Together?

Jamie and Doug announced they were expecting baby No. 1 together in July 2016. However, she suffered a miscarriage when she was 17 weeks pregnant.

In January 2017, the pair revealed they were expecting a rainbow baby and they welcomed their firstborn, daughter Henley Grace, that August.

After suffering two more miscarriages, the Wifey 101 author announced she was expecting again with a “viable” pregnancy in September 2019. The couple welcomed their second child, son Hendrix Douglas, in May 2020. 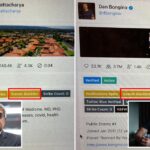 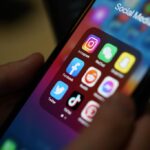