90 Day Fiancé star Caesar Mack seemingly found love overseas with Ukrainian beauty Alona Sivriuk on season 3 of 90 Day: The Single Life but are they still together? Keep reading to find out everything we know about Caesar and Alona’s current relationship status.

Caesar met the 34-year-old model living in Kyiv, Ukraine, following a speed dating event hosted by an international matchmaker. After making connections with three different women, he proceeded to take them on individual one-on-one dates.

Alona was Caesar’s third date and she told producers that she appreciated a “mature man” who could teach her something new. While the personal trainer didn’t speak English as well as Caesar’s other dates, the North Carolina native felt there was “a real attraction” between them.

“There’s more chemistry than my other two dates,” the 90 Day Fiancé: Before the 90 Day alum said during the October 17 episode. “Alona is beautiful. She has a great personality, and she likes to joke around and have fun. And that’s what I’m looking for in a potential girlfriend.”

Following a successful second date, Caesar asked the Ukraine native to be his girlfriend.

“I was really nervous to ask Alona to be my girlfriend because I’ve only, pretty much talked to her for a couple of days,” he told producers during the October 24 episode. “But I decided to take that chance and do that.”

Are ‘90 Day Fiance’ Stars Alona and Caesar Still Together?

During the October 31 episode of 90 Day: The Single Life, fans learned that Alona’s native country of Ukraine was being invaded by Russia and viewers wondered if she was able to flee to the United States.

In November 2022, Caesar shared Alona’s whereabouts in an exclusive statement to In Touch.

“She is still in the Ukraine,” he said on November 2. “Not Los Angeles.”

Season 3 of the spinoff was filmed prior to Russia’s invasion in February 2022 and at the time, Caesar promised a return to Ukraine by Alona’s birthday. 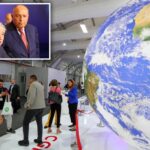 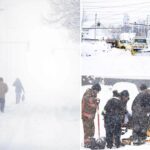