Still together? 90 Day Fiancé stars Avery Mills and Omar Albakkour‘s story line tugged on fans’ heartstrings because of the obstacles they were facing. The couple were madly in love but were unable to be together and live together physically due to government policies.

Although the earlier stages of their romance came with plenty of struggles, they are still head over heels about each other today and happy about the progress they made together. “Happy two-year marriage anniversary honey. My favorite love story is ours,” she captioned PDA snaps on February 11, 2021.

Avery and Omar documented their love story on season 3 of 90 Day Fiancé: Before the 90 Days. Avery, who is from Columbus, Ohio, had recently converted to Islam and one of her friends suggested she use a Muslim dating app to find a partner. She didn’t realize her app settings were set on international, which is how she met Omar — who is from and was living in Syria at the time. Despite the distance between them, the couple sparked a romance online.

After several months of dating, Omar proposed to Avery. The newly engaged couple decided it was time to meet in person, but since Syria was in the midst of a civil war, they agreed it would be safer for them to meet in Beirut, Lebanon. Avery’s mother accompanied her on the trip to make sure Omar was the right person for her daughter. With Avery’s mother’s blessing, the couple tied the knot in a traditional Muslim wedding ceremony.

Shortly after Avery and Omar got married, they were forced to separate as Omar returned to Syria and Avery returned to America. Once she arrived back home, Avery and her mother went to an immigration lawyer who gave the newlywed some bad news: because then-President Donald Trump placed a travel ban on citizens from several Middle Eastern countries, including Omar’s native Syria, Omar would need to obtain a waiver before the government will approve a spousal visa. The spousal visa would legally allow him to live in the U.S. as Avery’s husband, but the lawyer told Avery there was a “less than 5 percent” chance of a waiver for that visa being approved.

On season 4 of 90 Day Fiancé: What Now?, the pair shared an update on their plans for their future. They were still remaining hopeful that Omar would obtain a waiver for his spousal visa, but they also came up with a list of countries they both could relocate to together if the visa did not work out.

“We’re going to try our hardest to move to America. We’re hopeful that we’ll get a visa in the next two years,” Avery explained in her confessional. “But plan B is definitely U.A.E., I would say plan C is Canada, plan D maybe Kuwait.”

In April 2020, she gave fans another update, revealing she was still living across the world from her husband as part of an investment into their future. “To clarify, Omar and I are happily married, but I stay in America the majority of the time [because] I sponsor Omar’s visa,” she explained after fans asked questions about their relationship status. To do that, Avery has to “keep [her] big girl job in America,” but she’s also using her time wisely to pursue her degree. “I’m in college,” she told her followers.

In March 2020, the American star looked forward to the day when she and her husband could “show [their] kids how [they] met and how [they] defied all the odds.” At the time, she told fans they aren’t in any rush to get pregnant. While she called the past year and a half they’ve spent together “incredible,” she also noted it’ll be a “long time” before they’re ready to take that next step.

The couple returned to the 90 Day Fiancé for what would be the last time on the limited series, 90 Day Fiancé: Self-Quarantined, in May. “We have been married for over a year now and we’ve been waiting so long for him to come to the U.S.,” Avery said. She revealed Omar’s spousal visa interview had been scheduled for March 30, but it was canceled due to the coronavirus pandemic.

“If he doesn’t get to come here within the next six months, we are going to move to the United Arab Emirates (U.A.E.) to Dubai,” she said at the time. “But it really ruins his chances to come to the U.S. because I will no longer have a job in the U.S. If I’m working in Dubai, that doesn’t count for his visa here. It’s like we’re back at square one. And we really don’t know what to do.”

During that time, the couple decided the U.A.E. was their best option. On Christmas Day, Avery confirmed she and Omar finally reunited for good. “[Flushed face emoji] Are you [two] finally living together? [two pink hearts emoji],” one fan asked in the comments of a photo of the couple on a beach. “Yes [red heart emoji],” Avery responded.

Shortly after revealing the exciting news, Avery started sharing content on social media that hinted at their location. She visited a spa in the Royal Rose Hotel in Abu Dhabi, which is in the United Arab Emirates. She also shared a snap of the Burj Khalifa, which is the tallest building in the world, as her “view for dinner.” The landmark is located in the U.A.E. in Dubai.

After almost three months of living together in the U.A.E., the couple took to their joint YouTube channel in early March 2021 to announce their dreams of coming to America had finally come true. “I got my visa!” he said as Avery screamed before jumping in his arms. Since then, she gave a sneak peek at their newly decorated apartment.

“These photos don’t do any of these justice … we are so grateful to [have] finished decorating our apartment here in the USA thanks to @sannib_london and his beautiful artwork. The big art piece shows thanks to Allah while the other have our names in beautiful calligraphy,” Avery captioned snaps of their new home decor.

In April 2021, Avery took to Instagram to announce an exciting milestone for her husband. “Guess who passed the INBDE for Dentistry for the USA 🇺🇸,” she wrote at the time. “Now that he passed he only needs to do about 2 years of college (that’s normal protocol) and he will be a general Dentist in the USA 😊❤️.”

“We went through years apart because of US sanctions. Many people didn’t believe we would ever be together. We savored every moment together. Every goodbye was so hard,” Avery wrote via TikTok in February 2022. “Only we knew what we were going through. But honey..we made it.”

“Is he now in the states?” one fan wrote in the comment section. She simply replied, “Yes.”

Unfortunately, fans who are hoping to continue to follow the couple on their journey to starting a new life together abroad will be saddened to learn that they do not have any plans to film for the 90 Day Fiancé franchise. In December 2021, a fan asked Avery if the couple would be returning to the show soon and she responded, “No, we won’t be on TV anymore.”

However, Avery and Omar continued to share life updates on social media. In December 2022, she gushed over her husband’s acceptance into a very competitive program at Rutgers University in New Jersey.

“Please say congrats to my amazing husband Dr. Omar Albakour,” she wrote via Instagram at the time. “As you guys may already know Omar already graduated and work as a dentist in his home country of Syria but in order for him to practice in the USA he needed to get accepted and complete a specific dental program here in America. This program is highly competitive and this man got accepted into the prestigious Rutgers University! Due to his previous education in Syria he is taking a fast tracked dentist program made specifically for international Dentist this program is the Rutgers School of Dental Medicine Internationally Educated DMD Program ❤️ In just 27 short months in Sha Allah this man will be taking patients 😉 I love you so much honey I’m so proud of you and I appreciate all of your hard work for our future family one day ❤️.” 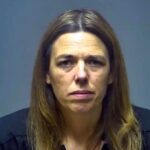 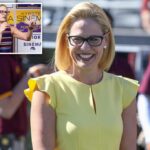