A coast-to-coast storm that brought strong tornadoes to the South and blizzard conditions to the northern Plains this week will be followed by a bitter blast of cold air that will plunge temperatures below zero in some spots of the nation through the weekend and into next week.

Merwin said this temperature plunge would be very impactful because temperatures will be well below freezing, and the wind will bring a dangerous wind chill to many areas.

On Monday morning, low temperatures are expected to be below zero from Billings, Montana, through the Dakotas and into Minneapolis-St. Paul.

Winds will generally be light – in the 5- to 10-mph range, though a little stronger in Wyoming. But even so, that will lead to some dangerous wind chills.

Even as the days “warm up,” temperatures will struggle and likely fail to reach above zero in Bismarck for the first part of next week, and will barely reach into the single digits in Billings and Pierre.

“That means you take a breath in, and it hurts,” Merwin said. “Everything hurts in your lungs with that type of temperature. So you do have to alter the way that you start your day. It means that a lot of kids won’t be going outside. So, heads up – that’s what’s going to be coming your way.”

Minneapolis-St. Paul will also likely only reach about 12 degrees, while Casper, Wyoming, and Omaha, Nebraska, will be in the 20s.

It will be a bit warmer in places like Salina, Kansas, where a high temperature of 35 degrees is expected.

And for the millions of people living across that region, prepare for the cold temperatures to stick around through at least Wednesday.

It will stay in the single digits and teens from Casper through Pierre and into Minneapolis-St. Paul but will still be below zero in Billings and Bismarck.

In addition to the bitterly cold temperatures, the weather pattern responsible for this arctic blast also has the potential to spawn an East Coast snowstorm toward the end of next week.

“Next week, we may indeed prime the environment with that cold air making it all the way to the (East) Coast, and then if we can get a storm to move up the East Coast, it could produce a major snowstorm even down along the (Interstate 95) corridor,” FOX Weather Winter Storm Specialist Tom Niziol said. “Still way too early to talk about details, but for those that are planning travel in the latter part of next week, you’ll want to watch FOX Weather, and you’ll want to stay tuned because we’re going to be looking at another round of winter weather.”

If this snowstorm does come to fruition, the good news is that it would likely whiten the ground for a good part of the eastern U.S. and significantly increase the chance of a white Christmas. 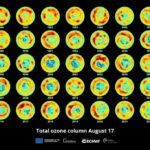 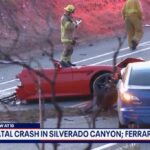 Ferrari splits in half, kills one in California car crash