Firefighters in Gaithersburg responded to calls around 8:40 a.m. of an explosion and fire that caused a partial building collapse, Montgomery County Fire Chief Scott Goldstein said at a news conference, according to WUSA 9.

At least 100 firefighters responded to the fire, which was mostly extinguished by 9:30 a.m.

Two adults were transported to the hospital in critical condition while two other adults and four children were taken to hospitals with only mild injuries. Two others were treated at the scene for their injuries. No fatalities have been reported.

“The building has sustained a significant explosion resulting in a structural collapse,” Goldstein said.

When the fire first broke out, some neighbors ran toward the flames, looking to help others escape the burning building.

Linson Matute Mendez told WUSA 9 he was able to help three injured people escape through the smoke, including a mother and her baby.

Residents of the 24 apartment units have been displaced due to the damage from the fire and are currently sheltering at Boherer Park, Goldstein said. One family was still unaccounted for Wednesday evening, and it was unclear if they were home when the explosion happened.

Some firefighters remained on scene overnight to make sure the flames didn’t spark up again. Fire officials believe natural gas was feeding a fire in the basement of the complex, but that it isn’t clear whether it caused the explosion.

Before the firefighters arrived on the scene, maintenance workers used a painter’s ladder to rescue two people from the building, including one person on a rear balcony,

Prior to the arrival of firefighters, Goldstein said maintenance workers used a painter’s ladder to rescue a resident from a balcony. He also said Red Cross units are on the scene to assist those displaced.

Other buildings in the area have also been checked and there are no concerns about gas in those buildings. The Montgomery County Office of Emergency Management, Homeland Security and the American Red Cross were all on the scene.

The cause of the explosion is still under investigation. 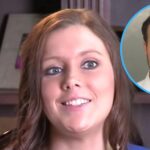 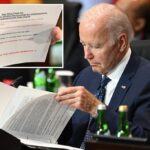 Biden shows ‘cheat sheet’ at G20 reminding him where to sit