“AOC’s ongoing obsession with both AIPAC and the Jewish state is shameful,” Liora Rez, executive director of StopAntisemitism, told the New York Post on Tuesday.

Ocasio-Cortez called out the American Israel Public Affairs Committee, or AIPAC, on Monday for using their super PAC to fund mail and TV ads against Democrat Summer Lee, who is running in Pennsylvania’s 12th Congressional District.

“Shamefully, AIPAC is working for Republican control of Congress and further destabilization of US democracy,” Ocasio-Cortez tweeted on Monday. “Let’s rally for [Summer Lee]. Help her out with a volunteer shift or donation today,” the congresswoman added.

AIPAC’s United Democracy Project super PAC spent close to $3 million to defeat Lee during her primary battle and has dropped nearly $700,000 on TV and mail ads against her in recent days, according to the Intercept.

Lee is running against Republican Mike Doyle to replace a retiring Democrat in Congress who is also named Mike Doyle.

StopAntisemitism told the Post AOC’s tweet singles out the Jewish group and that the lawmaker ignores other bipartisan and left-leaning groups working against Lee.

“She is ignoring numerous bipartisan and left-leaning groups working to also keep Justice Democrat candidate Summer Lee out of office and we have to ask ourselves why?” Rez said.

“Seems like AIPAC & the GOP have the same agenda,” Justice Democrats spokesperson Usamah Andrabi said on Twitter on Sunday.

“The billionaires who fund AIPAC are spending $1 million against [Summer Lee] because she stands with working people and against corporate greed. Democrats must unite and condemn this Super PAC, and do everything possible to elect Summer,” Sanders wrote in a tweet. 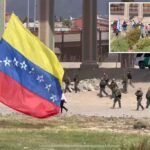 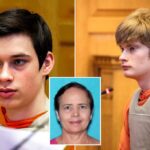