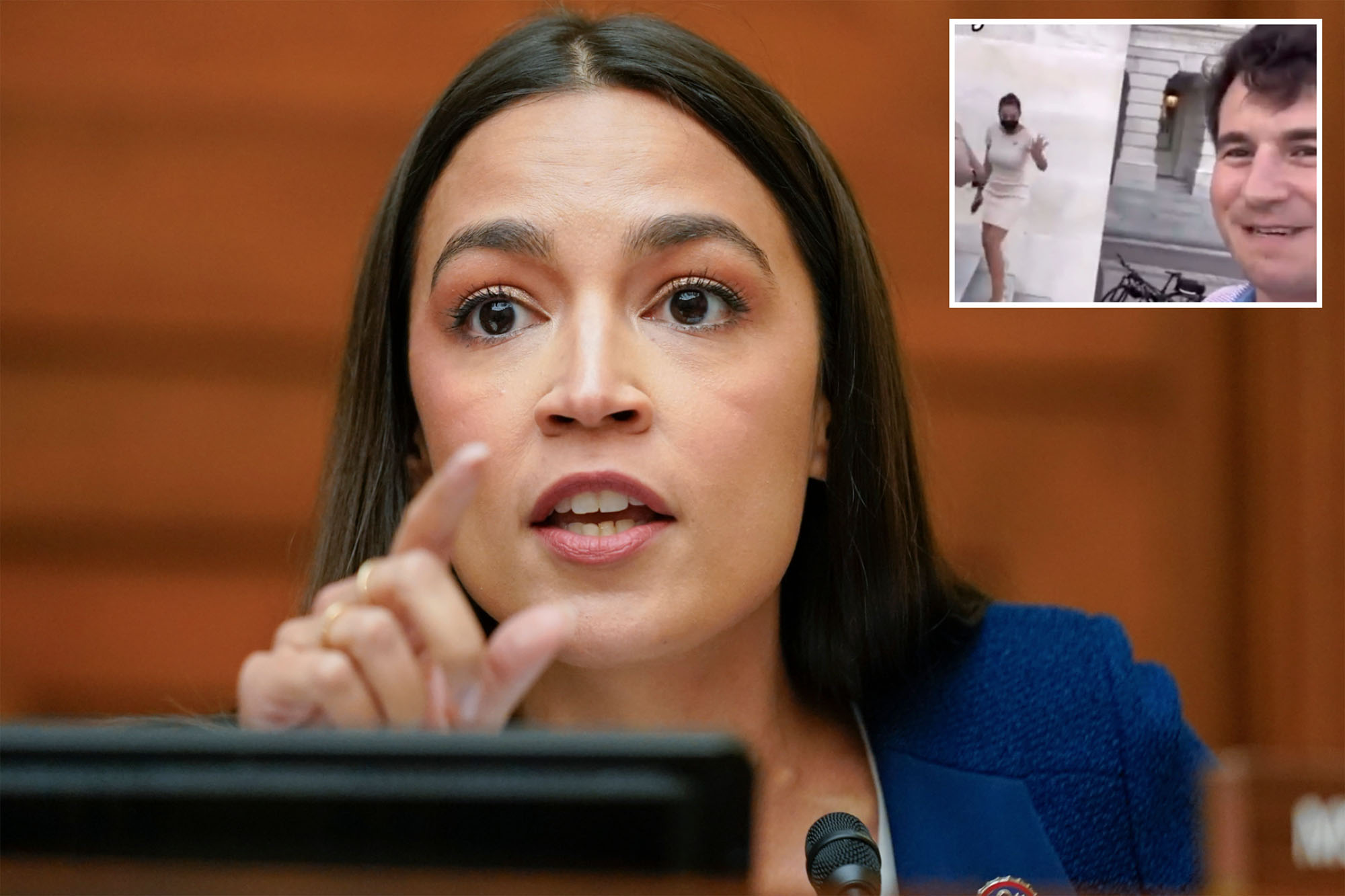 Representative Alexandria Ocasio-Cortez (D-NY) said she wanted “to deck” a heckler who called her his “favorite big booty Latina” while filming her walk up the Capitol steps on Wednesday.

Right-wing instigator Alex Stein approached the 32-year-old New York representative and proceeded to sexually harass the congresswoman by calling her “sexy” and repeatedly commenting on her backside.

“You’re my favorite big booty Latina — I love you AOC you’re my favorite,” he says in the selfie-angled video as Ocasio-Cortez walks up the steps in a beige dress with two others.

Ocasio-Cortez starts to head towards him, but an aide sticks out an arm to urge her back. Irritated, she sarcastically poses for a quick selfie with the man, flashing a “peace sign” before she continues up the steps.

“Look how sexy she looks in that dress,” Stein yells again as she reaches the top of the steps. “Whooo. I love it AOC. Hot hot hot like a tamale.”

The congresswoman initially posted a photo of the man’s face in a since-deleted tweet and slammed him for spewing “disgusting garbage in front of an officer who let him continue.”

She then said in a separate tweet that she took down her initial post of the “deeply disgusting incident,” because “it’s clearly someone seeking extremist fame.”

“It’s just a bummer to work in an institution that openly allows this, but talking about it only invites more. Just really sad,” she wrote.

“I was actually walking over to deck him because if no one will protect us then I’ll do it myself but I needed to catch a vote more than a case today,” she said with an attachment of the video.

“If you really love me you would of at least tagged me,” Stein wrote on Twitter in response to Ocasio-Cortez’s tweet about the encounter.

British government to hold confidence vote in itself