A popular Japanese professional wrestler and lawmaker Antonio Inoki, who faced a world boxing champion Muhammad Ali in a mixed martial arts match in 1976, has died at 79.

Inoki brought Japanese pro-wrestling to fame and pioneered mixed martial arts matches between top wrestlers and champions from other combat sports like judo, karate and boxing.

He also was the first in his sport to enter politics. He promoted peace through sports and made more than 30 trips to North Korea during his time as a lawmaker in hopes of forging peace and friendship.

Inoki, who was battling a rare disease called amyloidosis, died earlier Saturday, according to the New Japan Pro-Wrestling Co., of which he was the founding president. Inoki was upbeat and in good spirits, even as he was fighting the disease.

With his trademark red scarf dangling from his neck, Inoki last appeared in public in August on a TV show, in a wheelchair.

“As you can see, I’m pushing myself to the limit, and I’m getting power as I get to see you,” he said.

Born as Kanji Inoki in 1943 in Yokohama, just outside Tokyo, he moved to Brazil with his family when he was 13 and worked at a coffee plantation. Inoki won local fame in shot put as a student, and debuted as a professional wrestler at 17 while on wrestling tour in Brazil where he captured the attention of Rikidozan, known as the father of Japanese pro-wrestling.

Inoki made his pro-wrestling debut in 1960 and gave himself a ring name Antonio Inoki two years later.

With his archrival and another Japanese legend, the late Shohei “Giant” Baba, Inoki made pro-wrestling a hugely popular sport in Japan. Inoki founded the New Japan Pro-Wrestling in 1972.

He rose to global fame in the sport in 1976 when he faced Ali in a mixed martial arts match at Tokyo’s Budokan hall, a match fans remember as “the fight of the century.”

Inoki entered politics in 1989 after winning a seat in the upper house, one of Japan’s two chambers of parliament, and headed the Sports and Peace Party. He traveled to Iraq in 1990 to win the release of Japanese citizens who were held hostage there. He also staged a pro-wrestling match in North Korea.

Inoki built personal connection with North Korea over the years and visited the country repeatedly to help resolve Japan’s longstanding issue of past abductions of Japanese nationals to the North.

He retired as a wrestler in 1998, but remained active in politics until 2019. 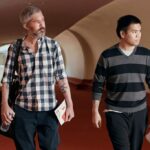 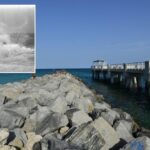