The suit, filed Wednesday in Sarasota County Circuit Court, accuses Brown of breach of contract and defamation over an “exclusive artist agreement” he signed in July with Tampa Bay-based Secure the Bag Entertainment.

It includes accusations of Brown trying to beat the company, also known as STB, out of $178,000 by submitting “fraudulent” expenses for reimbursement; hawking STB owner Ryan Kane a fake high-end watch for $160,000; and making a series of lewd, racist, sexist and threatening remarks towards STB execs and others.

The suit was filed mere days after the embattled former All-Pro wide receiver texted a Post reporter “do what u got to do p—y u white boys dead already” when asked about a shocking video the newspaper exclusively obtained showing him exposing his private parts to guests in a Dubai hotel pool.

A fuming Kane told The Post Friday he considers the still-unsigned NFL free agent nothing but a “liar and a thief.”

“Now I know how the Raiders felt when they paid him [at least $1 million], and he never played a single game for them,” said Kane, referring to the team that famously cut Brown before the 2019 season over a series off-the-field incidents.

“I gave him … a huge advance and an opportunity to make money legitimately, and all he did was walk off the field.”

Kane said he started his company earlier this year and recruited Brown after striking up a brief friendship with the aspiring rapper.

He said he gave Brown an $150,000 advance to sign with STB, adding both sides were initially very excited about shooting a video to promote a song, “Cracked,” Brown previously cut with Lil Wayne. However, the friendship soured within weeks.

Brown, according to Kane, insisted Lil Wayne wanted to be paid “$250,000 in cash” – and receive the money directly from Brown only. Kane reluctantly wrote Brown a $250,000 check but soon after had reservations and told him he was stopping payment — despite being “threatened” by Brown that “the check better be good,” the suit says.

Ryan said he then spoke with reps for Lil Wayne – who is not named in the suit — and they confirmed never asking Brown to get their client’s money and that Lil Wayne was only expecting to be paid $150,000. The suit alleges Brown tried to defraud STB out of the remaining $100,000 to pocket for himself.

The suit said the friction between both sides came to a head in late July when Brown returned to Florida after performing at the “Rolling Loud” hip-hop festival in Los Angeles.

STB had agreed to pay for Brown to fly in style on a private jet and pick up some other expenses. However, Brown handed STB a jacked-up invoice demanding reimbursement for more than $178,000 in expenses that were “grossly overstated or completely fabricated,” says the suit.

Kane alleges the unauthorized expenses included Brown spending $87,000 to rent a Los Angeles recording studio for five hours and at least another $8,500 to pay for members of Brown’s entourage to fly in the private jet.

After STB refused to pay the invoice, Brown began making “defamatory statements on social media about STB writing bad checks and not paying their bills,” the suit says.

Brown also allegedly refused to appear at a sneaker expo in Chicago that STB arranged for him to attend. When the expo’s promoter told Brown he already paid STB a deposit for Brown to show up, the ex-gridiron great responded on social media, “suck my d–k f–got tell them pay there [sic] bills cheap ass white boys,” the suit says.

The suit also mentions another lawsuit Kane recently filed against Brown in Broward County, Fla., accusing Brown of selling him a fake Richard Mille watch in late July for $160,000.

Kane told The Post that Brown blocked his number after Kane sent him a text asking for his money back because an appraiser found the watch – normally valued at over $400,000 – was counterfeit.

Brown has scored some fame since turning his attention to rap music — video of him performing his single “Put That S–t On” at Rolling Loud already has more than 3.1 million views on Twitter.

He has claimed on social media that the contract he signed isn’t exclusive and doesn’t give up his ability to record music outside the STB network, but Ryan strongly disagrees. 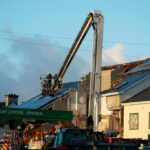 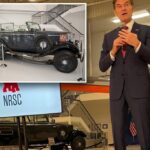