Michigan father Anthony Cirigliano calmly told a 911 operator that “people want to erase me from the face of the Earth” hours before he and his family vanished from their home.

The bizarre comments were revealed in an audio clip of the 911 call obtained by News 8, in which Cirigliano also told the operator he needed “police protection immediately” because of information he holds concerning the Sept. 11 terror attacks.

“It is a vital national interest,” Cirigliano said before repeatedly asking that Fremont Police Department Sgt. John Geeting join the other officers in checking on his home.

“I’m not crazy. Mr. Geeting knows me. I’m a Christian. I just need some help,” Cirigliano said. “I know this sounds crazy. You don’t have instructions for this,” the father added.

Despite his fear, Cirigliano maintained a cool tone throughout the nearly three-minute phone call. He confirmed with the operator he had no weapons in the home — “not even a BB gun” — and asked that police arrive with their lights and sirens off so that they don’t scare his children.

Two officers arrived at Cirigliano’s home and spoke with him for 45 minutes. Though Cirigliano was displaying paranoia and concerns regarding the FBI and CIA, police determined that no one was in imminent danger, Fremont Police Department Chief Tim Rodwell said.

The next day, Cirigliano, his wife Suzette Cirigliano and their two sons, Brandon, 19, and Noah, 15, went missing.

There has been no activity on the couple’s credit cards or bank accounts, police said. Cirigliano’s phone has been turned off, while Suzette and her son’s phones were left behind in the home.

The family left behind Suzette’s mother, who suffers from dementia and was found wandering the streets, as well as their pets.

Despite the mysterious circumstances, Rodwell believes the family will be found safely.

Relatives of the Ciriglianos also told the outlet they don’t believe Cirigliano would hurt his family and believe he may be acting in order to protect them. Cirigliano was troubled over the weekend and claimed “bad things” were going to happen, the relatives said. 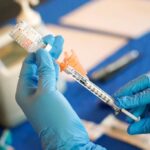 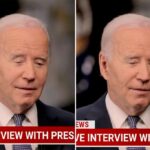