Anna Kendrick knows how to dress for any red carpet event, and she frequently chooses strapless looks or other chic outfits where she goes braless.

While designers now clamor for the actress to wear their labels for events, that wasn’t always the case. When Up in the Air premiered at the Toronto Film Festival in 2009, Anna couldn’t even score footwear.

“I was not famous, so nobody wanted to lend me shoes, but I was broke,” she said on a 2017 episode of The Jess Cagle Interview. “I got talked into spending the money I really didn’t have on a pair of Louboutins. They were $1,000. I still have them. They’re super-sparkly and spangly, but I will never get rid of them because I’m like, ‘I spent my rent on you.’”

By 2015, Anna landed a campaign with Kate Spade and has become a total Hollywood style star. She loves going to fashion weeks and other events outside of the movie business. “It’s a whole different world. There are two places where I feel like a little kid in a candy store and a fly on the wall because it’s not my industry,” she told Glamour the same year.

“I’ve been to the Grammys twice and just felt like ‘I don’t know what’s happening or how I got invited, but this is amazing.’ I’ve never felt less famous in my life, and Fashion Week is kind of the same thing. I’m just a spectator and everyone’s really cool to me and that’s great but it’s not my world,” Anna revealed.

While the Love Life star wears form-fitting clothes to events, she wasn’t so keen when some “people at the top” behind Pitch Perfect 3 wanted the Barden Bellas to wear “tighter” clothes in the finale sequence.

“It’s funny — whenever we do the wardrobe fittings, I feel like we get notes from the top saying they should be tighter and sexier and show more skin,” Anna told Harper’s Bazaar in December 2017. “And I’m like, that’s not why people are coming to see the movie. They definitely aren’t showing up because of our sex appeal. It’s nice that audiences are interested in seeing a movie of misfits and girls of different shapes and sizes.” 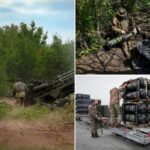 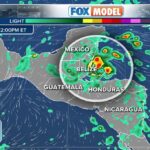