A strained relationship. Things have changed between Anna Duggar and husband Josh Duggar’s famous family since his conviction on child pornography charges, a source exclusively tells In Touch.

“The Duggar family fully supports Anna, but it’s complicated. There are a lot of hurt feelings over what Josh did,” the insider reveals of their family dynamic following Josh’s sentencing. “She still attends family functions because her kids love their cousins, aunts and uncles, but it’s not the same for Anna.”

The eldest son of Jim Bob and Michelle Duggar was arrested in April 2021 and pleaded not guilty to receiving and possessing child pornography.

The former TLC star “allegedly used the internet to download child sexual abuse material,” the U.S. Attorney’s Office in the Western District of Arkansas shared in a press release at the time. “Duggar allegedly possessed this material, some of which depicts the sexual abuse of children under the age of 12, in May 2019.”

Josh, 34, was sentenced to approximately 12.5 years in prison on May 25. However, his release date was later updated to August 12, 2032, which is slightly more than 10 years, In Touch confirmed in July.

Anna – who shares children Mackynzie, Maryella, Marcus, Mason, Michael, Meredith and Madyson with her incarcerated spouse – is considering a move south to be closer to Josh while he serves more than a decade at the Federal Correctional Institute (FCI) in Seagoville, Texas.

Besides wanting to be closer to her husband, Anna, 34, is also “distancing herself from Josh’s sisters.”

In addition to Josh’s siblings, a separate insider previously told In Touch that Anna “could use some distance” from her in-laws.

However, her move has caused some tension between the couple as Josh is “afraid of outside influences,” the source added, because he only wants “Anna and his immediate family to guide his children.” 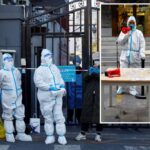 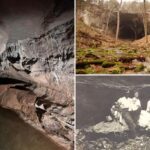