Anne Sacoolas, the wife of a US diplomat, pleaded guilty Thursday to mowing down UK teen Harry Dunn while driving on the wrong side of the road in 2019 — a case that sparked a diplomatic row between the two countries.

Dunn, 19, died in August 2019 after Sacoolas plowed into his motorcycle with her Volvo near RAF Croughton, an air force base used by the US military in Northamptonshire.

Sacoolas, 45, whose husband worked as a US intelligence officer at the base, left the UK 19 days after the deadly crash, claiming diplomatic immunity from criminal prosecution and the United States refused to extradite her.

Appearing at London’s Old Bailey court by videolink from the United States Thursday, Sacoolas pleaded guilty to causing his death by careless driving.

Prosecutor Duncan Atkinson said that after consideration at the “very highest level” and in close consultation with Dunn’s family, the decision had been taken not to proceed to trial.

Sacoolas was charged with causing death by dangerous driving but the Crown Prosecution Service accepted her guilty plea to the lesser charge.

“It’s what we’ve been waiting for and fighting so damn hard for,” Dunn’s tearful mother, Charlotte Charles, told reporters outside court, saying she can now “breathe easier,” having attained justice for her son.

“Getting to court and getting to where we are now has been the most monumental thing for me because I can talk to (Harry) now and tell him we’ve done it, promise complete,” she said.

Sacoolas will be sentenced at the end of November, and Judge Bobbie Cheema-Grubb ordered her to attend the sentencing in person.

The charge Sacoolas admitted carries a maximum sentence of five years in prison but guidelines suggest either a community order or a shorter prison term.

She was told by judge that she had shown remorse by an early plea of guilt and by taking part in the court process which she could not be compelled to do.

“If sentence is one that does not involve immediate custody, there is no barrier to her returning home after the hearing,” the judge said.

The case sparked a diplomatic spat between the US and Britain, with the UK government backing the call for Sacoolas to be prosecuted.

In 2019, Dunn’s parents traveled to the White House for a meeting with then-President Donald Trump, who surprised them by revealing that Sacoolas was in an adjoining room. Dunn’s parents declined to meet her. 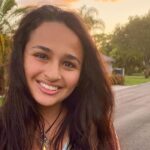 How ‘I Am Jazz’ Star Makes Money 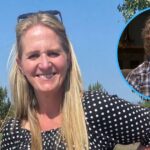