Trisha Denise Meyer, 40, of Houston, surrendered Tuesday after almost five weeks on the lam and appeared before a judge in US District Court in Riverside, The Independent reported.

Meyer pleaded not guilty and was released on $15,000 bond – but before she left the courtroom, she was arrested again by US Marshals on a bench warrant out of Texas, according to the outlet.

Last month, she was charged in connection with an alleged plot to take the cub, named Amador, from Texas to California and sell it to a local man for $30,000, The Independent said.

Buyer Abdul Rahman initially took custody of the jaguar cub but changed his mind and sold the animal.

“Rahman did not know how to take care of the jaguar and … quickly became dissatisfied and wanted to get rid of the jaguar by selling it to someone else but was concerned that he would lose money in the transaction,” according to affidavits cited by the outlet.

The cub was later found at a wildlife sanctuary called Lions, Tigers and Bears, The Independent said.

Rahman also was charged in the case, the outlet said.

The raps stem from alleged violations of the Endangered Species Act and the Lacey Act, which protect jaguars and prohibit wildlife trafficking, respectively.

Meyer, who was charged Oct. 5, had disappeared until Tuesday, when she surrendered to the feds.

The infamous animal dealer also made headlines in 2016 when police discovered a large male tiger and three tiger cubs, along with monkeys, a skunk, a fox and a cougar, in her Cypress, Texas, home while her then-teen daughter was there.

Houston police were called to the home after Meyer sold an exotic Savannah kitten to a California man for $3,000 but never gave him the animal, officials said at the time.

She had permits for the tigers but not for the skunks and foxes.

In addition to the large male tiger, she admitted to police that the cubs were reaching the age where they could be dangerous – and also said her pet monkeys were “vicious” and that one of them attacks people.

At the time, Meyer fled to Las Vegas and later to Pahrump in Nye County, Nevada, where she was eventually located and her tigers confiscated, Chron.com reported.

She was initially charged with child endangerment, but the count was dropped, and in 2017 pleaded guilty to a theft charge and received two years of deferred adjudication, KSAT reported.

“It’s been a nightmare for my kids and I because I’ve been portrayed in the media as having had a mountain lion in the house, tigers in the house, foxes, skunks all loose together, which has never happened,” Meyer told reporters.

“It’s just been a nightmare trying to prove my innocence,” she added.

In 2017, social media user Randall Spring said Meyer sold him a monkey for $6,500 – but it died two hours into the drive home and she advised him to throw the animal’s body in a dumpster, The Independent reported.

Another person posted on complaintsboard.com that he bought a wolf from Meyer in June 2020, writing: “4 days later, the pup died. It took me hiring a private investigator to get to this page.”

Last year, Meyer diversified to other sources of income, according to the news outlet, which reported that she announced on Instagram and Twitter that she launched an OnlyFans account.

Her attorney did not immediately return a call from The Independent for comment. 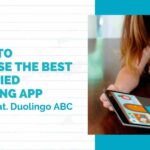 How to Choose the Best Gamified Reading App 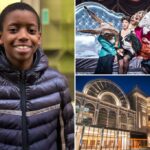