Vladimir Putin on Tuesday angrily gave marching orders to Russia’s security forces to redouble their efforts to root out traitors and spies working to undermine his regime.

Speaking in a 5-minute video address to mark the Day of Security Services, a stern-faced Putin told operatives they needed to significantly improve their work in one of his clearest public admissions yet that the invasion of Ukraine — now in its 10th month — is not going smoothly.

“Maximum composure, concentration of forces is now required from counterintelligence agencies, including military intelligence,” Putin said. “It is necessary to harshly crack down on the actions of foreign special services, promptly identify traitors, spies, and saboteurs.”

In an uncharacteristic break with the official line that the so-called “special military operation” is going according to plan, Putin admitted the situation was “difficult” in the four regions of Ukraine that were illegally annexed by Russia following sham referendums.

“The situation in the Donetsk and Luhansk People’s Republics, in the Kherson and Zaporizhzhia regions is extremely difficult,” he said.

A KGB veteran, Putin offered words of praise to security operatives deployed to the annexed regions, saying that “people living there, Russian citizens, count on being protected by you.”

“Your duty is to do all that is needed to ensure their safety and protection of rights and freedoms,” the Kremlin strongman added.

Putin’s speech was reportedly poorly received by members of Russia’s security services, according to a post on the Yellow Folder Telegram channel, which is said to be run by former Russian spooks.

“The congratulatory message was interpreted as a reprimand directed at security agencies for their insufficiency effective work,” the post alleged.

“Leaders of FSB, FSO (Federal Protective Service) and the Security Council did not like Putin’s ‘congratulations,’” the anonymous author added. “Practically everyone believes they are already working with complete devotion, and in return they get reprimands, so sabotage is not far off.”

Putin later held a ceremony at the Kremlin to hand out awards to the Moscow-appointed heads of Ukraine’s four annexed regions.

“Our country has often faced challenges and defended its sovereignty,” Putin said. “Now Russia is again facing such challenge. Soldiers, officers and volunteers are showing outstanding examples of courage and self-denial on the front line.”

As Putin was grumbling about the “extremely difficult” situation in Ukraine, President Volodymyr Zelensky drove home the message by visiting the hotly contested frontline town of Bakhmut that Russia has long tried and failed to capture.

The Ukrainian leader appeared in a video handing out medals to soldiers who have spent the past several weeks repelling Russian attacks in some of the fiercest fighting of the war.

Capturing Bakhmut, which is located in Donetsk, would disrupt Ukraine’s supply lines and open a route for Russian forces to press on toward the cities that are key Ukrainian strongholds in the province. 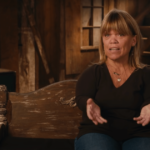 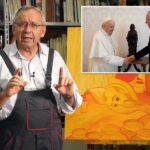