Controversial influencer Andrew Tate and his brother will remain in custody for another month, a Romanian court ruled this week.

Tate, 36, and his brother Tristan were arrested alongside two Romanian women in Bucharest on Dec. 29 on sex-trafficking allegations.

Originally detained for 30 days, the BBC reported Friday that both brothers would remain in custody through Feb. 27.

Prosecutors claim that Tate, a former kickboxer and self-professed self-help guru with millions of social media followers, participated in an exploitation ring that forced women to create pornographic material.

Formal charges have not been filed, so neither Tate nor Tristan has entered pleas.

Speaking to the Romanian outlet Gandul in the wake of the court’s latest decision, Tate’s defense lawyer Constantin Ioan Gliga blasted the ruling as “unjustified and totally exaggerated.”

“We continue to maintain that practically at this moment the Tate brothers are being arrested for a crime of opinion, for what they said, at some point, in the online environment and not for what they actually did in their private lives,” Gliga said.

Tate’s head of security, Bogdan Stancu, previously called the influencer’s accusers “stupid” for believing they would be “his next wife.”

Officers reportedly seized several weapons during the Dec. 29 raid, including guns, a hatchet and swords.

Stacks of money and designer watches were also allegedly taken from the premises, the Daily Mail reported.

After Thunberg invited Tate to email her at “smalld–[email protected],” the influencer retaliated with a ranting video featuring two pizza boxes bearing Romanian type, thus alerting authorities that he was in the country.

Thunberg has since received praise for inadvertently contributing to the arrest, with Tesla founder Elon Musk calling the 19-year-old Time honoree “cool.” 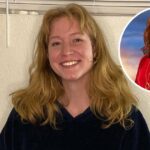 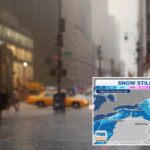 Parts of New York to see snow, NYC to get rain this weekend