The daughter of a prominent Romanian politician claims disgraced influencer Andrew Tate contacted her and several classmates when they were young teens — trying to lure some with the promise of a date.

“I was contacted by Andrew Tate, the older of the Tate brothers, three years ago when I was just 16,” Daria Gușă told Romanian journalist Iosefina Pascal in an interview provided to The Post.

“I was a bit surprised, because I had just made my Instagram account — I had a couple hundred followers,” she said.

Tate, a former professional kickboxer and self-proclaimed misogynist, was arrested in Romania last week on suspicion of sex trafficking and rape.

Romanian prosecutors allege Tate and his brother Tristian held multiple women against their will and coerced them into performing sex acts on camera.

The brothers also allegedly held two young women against their will in April — one American and one Romanian — at a villa where they were subjected to “physical violence and mental coercion,” the Daily Mail reported.

Gușă, the daughter of Romanian politician and journalist Cozmin Gușă, told Pascal she was suspicious when Tate reached out to her, and didn’t pursue a conversation with him.

Others of her friends, however, did engage with the alleged trafficker.

“Of course a lot of girls usually reply, because when someone famous with a lot of followers texts you, you’re very interested and you want to hear what he has to say,” Gușă said.

Tate had a reputation among her friends, she added.

“It was pretty well known that he had a network of young girls,” Gușă said.

The now-19-year-old said Tate’s conversations always began the same way with each girl, texting “Romanian girl” and a strawberry emoji.

“In the beginning, from what I understand, he was very nice to them, he kept inviting them out,” Gușă said. “But the second the girls stop answering him and engaging with him, he got a bit violent in language.”

“Most of the girls he contacted were very young girls, most of them underage,” she said, noting her classmates were 15 and 16 when they were texted.

“[They] were so interested in the idea that an older man would text them in the first place,” she added.

Gușă shared a screenshot of a message from an unidentified Instagram user stating only “Romanian girl.” The Post could not verify the message was sent by Tate, as Instagram took down his official account this summer.

the 19-year-old said she could not understand fans of the besmirched bruiser who stood by him despite the allegations.

“These are men who are assaulting women, who are forcing them into a life that we cannot imagine,” Gușă said of the Tate brothers.

“Even if you agree with them on certain issues, you cannot look past what they are doing to so many young girls,” she added. 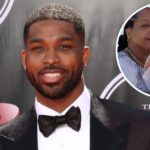 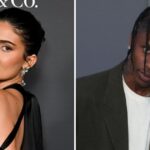