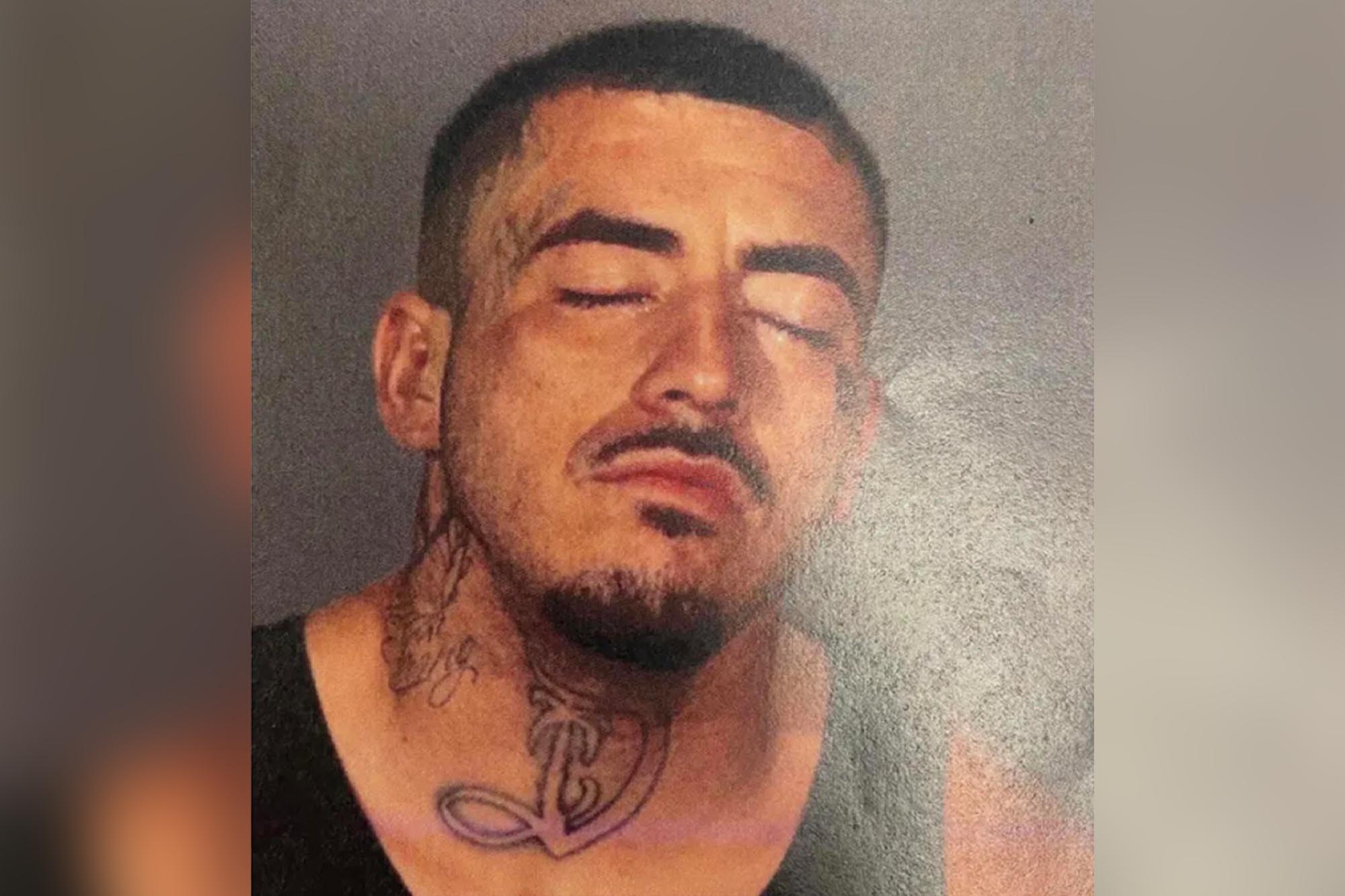 A California murderer who was freed under woke reforms just five years into his sentence of 50 years to life has been busted again — accused of leading cops on a car chase while high on drugs and carrying a gun, according to the prosecutors who’d helped get him free.

Andres Cachu was a 17-year-old gangbanger in 2015 when he gunned down Louis Amela, 41, during a robbery in Los Angeles, according to court documents obtained by Fox News.

He was tried as an adult and in 2016 sentenced to 50 years to life in prison, the Los Angeles Times noted.

However, that same year, California introduced Proposition 57, a sweeping criminal justice reform that barred prosecutors from trying juveniles as adults without a judge’s approval — and for those who had been to seek more lenient sentences.

His case was handled by Alisa Blair, a former public defender hired by Gascón, who has hailed her as “an ally in the movement for criminal justice reform,” the LA Times said.

Blair did not ask for a court hearing to try to keep Cachu in prison and he was released last year, the local paper said.

The officers woke the freed murderer by tapping on his window — noting he “appeared to be under the influence of a controlled substance” and allegedly had “a firearm in his waistband,” the DA’s office said.

Cachu fled, driving the wrong way on a freeway before crashing, the criminal complaint said. During the chase, he allegedly ditched the gun, which was later found by deputies, a spokesman told Fox News.

“He was obviously under the influence,” the spokesman told Fox News, adding that deputies also found “many drugs” in the vehicle.

Cachu was hit with 11 charges, including felony fleeing a pursuing peace officer’s motor vehicle and driving against traffic, possession of a firearm by a felon and possession of a controlled substance with a firearm.

He was also charged with two counts of possessing to sell methamphetamine and cocaine, as well as driving under the influence of a drug.

The charges “also includes allegations that Cachu was previously convicted as a minor,” the DA’s office said.

Gascon’s office confirmed his controversial release, saying, “We are disappointed to learn that Mr. Cachu has not availed himself of the support that he so clearly needs.”

“We are frustrated to see that he is struggling,” the office said.

Prosecutors blamed the release on following California law in reviewing his murder conviction “where he had been sentenced as an adult despite committing the crime as a minor.”

The office insisted that it had requested Cachu be remanded in juvenile detention rather than released but “that request was denied.”

It is not clear if that would have kept him locked up, however, because the juvenile system does not typically detain anyone over 25. Cachu turned 25 in May.

The fresh arrest outraged the family of Amela, the man murdered by Cachu.

“He never should have been out on the streets,” the family’s attorney, Kathy Cady, told Fox News Digital Thursday. “The only reason he was out on the streets is because of Gascon’s policies and his handpicked surrogate, Alisa Blair, refused to put up any evidence … at the hearing.”

It is not the first time someone released under Proposition 57 has been busted again.

Earlier this year, Victor Bibiano — a 30-year-old man who was convicted of murder in adult court as a teen — was arrested over the deadly shooting of a homeless man.

Jonathan Hatami, a deputy Los Angeles district attorney who has supported efforts to get Gascon recalled, said the woke DA’s “18-month social experiment has been an abysmal failure.”

“We in Los Angeles are less safe and many innocent Angelenos have suffered,” Hatami told Fox.

“George just doesn’t care about public safety, families, or innocent children and he should be removed as soon as possible.”

Blair declined to comment on Cachu’s arrest to the LA Times, which noted that she is leaving her position at the end of the month.

“Alisa will always be an ally in the movement for criminal justice reform,” Gascon said, adding he was “incredibly grateful for Alisa’s partnership and service over the last few years.”

Blair praised Gascón and said she was thankful for the opportunity to “bring restorative justice diversion pathways for youth to the largest prosecutorial agency in the world.”

5 Things You Should Consider Before Getting a Custom Made Caravan

7 Clever Ways to Make Money with Your Classic Car