The Illinois man who stabbed his wife, mother and two daughters to death before killing himself had threatened to unleash the unfathomable violence weeks before he carried out the murders.

Andrei Kisliak, 39, told his wife Vera Kisliak that he would kill her and her family living in Europe if she did not stop divorce proceedings against him, court records obtained by the Chicago Sun-Times state.

The brute also told his estranged wife he would “disfigure her in a way that no one will recognize her” for barring him from seeing the 4- and 6-year-old daughters he would ruthlessly slay Nov. 30.

Vera told a judge of countless instances Kisliak had terrorized his family, including heavy drug use and bringing prostitutes into the home.

A judge barred Kisliak from the home until Nov. 1, when the couple asked for the order to be modified to allow him to move back in. Despite “strongly advising against the arrangement,” the request was approved.

Thirty days later, Kisliak brutally murdered Vera, his daughters and his mother, Lilia Kisliak, who had moved into the home to help care for the girls, police said. All five were found with “sharp force injuries,” Buffalo Grove Police said. A pet was also found dead in the home.

Police determined Monday that Kisliak was responsible for the savage murders based on evidence found at the $1 million Acacia Terrace home. The carnage was so brutal that Buffalo Grove Police Chief Brian Budds said the investigation was “devastating and traumatic” for responding officers.

The day before the family’s bodies were found, a hearing was held to address selling off the pricey suburban Chicago house, which had gone into foreclosure. A friend of Kisliak’s told the Chicago Sun-Times that Kisliak had uncharacteristically stopped working in the months before the killings.

Records of Kisliak’s erratic behavior extend to at least July, when the divorce proceedings began.

In August, Kisliak held the keys to the family’s four BMW cars hostage when she tried to take them to school, but refused to drive them himself. A neighbor took Vera and her daughters to school, but Kisliak allegedly followed them, “recording them, berating them, and yelling at them to take the Uber.”

The court ordered Kisliak to hand over the keys to one of the cars, and he complied but gave her a broken key. Vera claimed the car would only run for a few seconds before stopping.

Vera was granted sole access to the house and children in September, the same month a judge ordered Kisliak jailed for contempt for repeatedly disrupting a hearing with profane outbursts, records show. He was also jailed for showing up to the house despite the ban.

“(Kisliak) is an unstable man who is capable of anything,” Vera’s lawyer wrote.

A friend of Vera’s started a GoFundMe to help her family offset funeral expenses. The kickstarter has already surpassed its $50,000 goal by over $20,000. 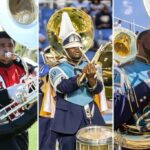 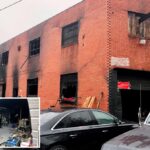 Baltimore body was inside burned warehouse hours after fire