“The morning after the Christmas party … ,” the Moldova native shared alongside a December 2022 Instagram Reel of the aftermath in the kid’s playroom. In the clip, Andrei spits out his coffee as he walks into the cluttered room and sees the mess that accumulated during the family Christmas gathering.

The large room looked like it had erupted as toys littered the ground. From a play kitchen to a massive doll house, trinkets were scattered throughout the space. In another scene, his daughter, Eleanor, playfully jumped on the couches as she threw more fake money into the air.

In the comment section, Elizabeth’s sister, Becky Lichtwerch, jokingly added that her 3-year-old son Mads “had nothing to do with it.”

Andrei and Elizabeth are celebrating the holiday for the first time as a family of four as the couple welcomed their baby No. 2, a son named Winston Leo, in October 2022.

“HE’S HERE! We welcomed sweet precious baby boy Winston Leo Castravet into the World on 10/4/2022 weighing 7lbs 10oz 20in long,” Libby wrote alongside photos of the family in the hospital.

“Our hearts are SO filled with joy right now and we are already loving being a family of four. Ellie is a proud big sister and all about her baby brother ‘Win’!” the 90 Day Fiancé alum continued. “Having a baby boy is totally different energy and I’m loving it so much!!!⁣”

While Elizabeth celebrated the holidays with her sister Becky — her sister Jenn Davis, reunited with her brother Charlie Potthast and his wife Meg Potthast for the 2022 celebrations.

During the latest season of 90 Day Fiance: Happily Ever After, Andrei revealed he and Libby made the decision to distance themselves from Charlie after a fight broke out during a family barbeque in season 6.

Charlie for his part, previously told In Touch that his sister and brother-in-law need to “get over” their family feud. 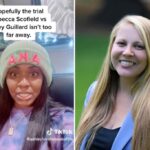 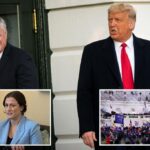