Massachusetts mom of three Ana Walshe was first reported missing by her employer and not her husband — contradicting his previous statements in the confusing case being watched across the country.

But police logs reviewed by The Post reveal it was actually the real estate group that made the first call to cops before noon that day.

A caller who identified himself as head of security at Tishman Speyer asked police to conduct a wellness check on Ana, saying she was last seen on Dec. 30, the documents reveal.

“Company has contacted the husband, he has not filed a missing person report on female,” the log said. “Security office knows nothing about the female, no reason to think she is in danger or ill.”

Brian later told police his wife left their Cohasset, Mass., home for work around 6 a.m. Sunday, Jan. 1, two days earlier than a ticket that she had booked, saying she had to take care of a work emergency. Ana worked in DC and commuted from the Boston suburb each week.

Police responded to the call about the missing person around 6:35 p.m., according to Brian’s arrest affidavit. It’s unclear when exactly Brian reported her missing that day.

“During the course of the investigation, police developed probable cause to believe that her husband Brian Walshe had committed the crime of misleading police investigators,” the Norfolk County District Attorney’s Office said upon arresting Brian.

Brian was already under house arrest after he admitted to selling two fake Andy Warhol paintings to an eBay buyer for $80,000, but had yet to be sentenced.

In a letter to the judge asking for a lenient sentence, Ana wrote that Brian “was taught to lie and hide … A deep sense of shame governed his life.”

Police have yet to figure out how Ana went missing, but did find blood in the family’s basement and a bloodstained, damaged knife. They also discovered a hacksaw, a hatchet, blood, used cleaning supplies and a rug at a trash transfer station in Peabody, a little more than an hour away from the couple’s home.

Brian had also allegedly searched for “how to dispose of a 115-pound woman’s body” online, prosecutors have said. 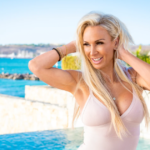 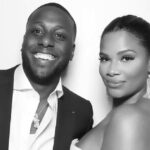