Former tenants of missing Massachusetts mom Ana Walshe and her fraudster husband claim they saw the composed career woman descend into an epic “meltdown” shortly before her disappearance.

“It was like a whole other Ana,” Mandi Silva told The Post of the moment she and her husband confronted the Walshes late last month about plans to sell the apartment they rented from the couple for almost four years.

Mike Silva, a contractor, said he worked on Ana and her husband Brian’s six Massachusetts properties for eight years. He and Mandi got discounted rent on their unit, in the town of Revere, in exchange for his labor.

“You know Kate Middleton, Meghan Markle, or the Queen? They present and carry themselves very professional, that was Ana,” Mandi said of the real estate executive and mom of three.

“But when we put our foot down and said, ‘No, you cannot do this to us’ and we were fighting back, it was like watching Britney Spears have a meltdown when Justin Timberlake broke up with her. It was not normal.”

Ana, 39, was last seen at the family’s Cohasset home on Jan. 1. Brian Walshe, 46, was arrested on Jan. 8 and charged with misleading the investigation into her disappearance after failing to disclose accurate details of his own whereabouts during the previous week.

Mike — who claims the Walshes still owe him $2,500 for work he did at their Lynn property — said he texted both Ana and Brian on New Year’s Eve, but only heard back from Brian on Jan. 2.

“He texted me back, ‘I’m sorry for the delay. I lost my phone and my son just found it,’” he remembered.

“I’m shocked he didn’t say, ‘Sorry for the delay. My wife is missing. Have you heard from her?’ or anything like that.”

Looking back, Mike continued, it was clear that Ana, a Serbian native with a high-powered Washington, DC-based job at luxury property company Tishman Speyer, “wore the pants in the family,” which also included the couple’s three young sons, between ages 2 and 6.

In contrast to his wife’s corporate savvy, Brian Walshe “presented himself as an investor” but had few notable professional ties.

“He would have a robe on in his house the whole time we worked there,” said Mike, noting that he was unaware Brian was actually under house arrest after pleading guilty to federal fraud charges in 2021.

Ana, he remembered, was also “a little flirtatious” and frequently put her husband down with comments like “‘Brian is like a girl, when he scrapes himself, he cries like a little girl.’”

The cruel jibes are a stark contrast to the effusive letter Ana wrote to a judge last summer, which applauded the “joy” and “comfort” Brian brought to the family.

The Silvas’ recollections of the Walshes come as the search for Ana takes an increasingly desperate turn. Earlier this week, investigators found grisly items — including a hatchet, a hacksaw and a rug — at a trash transport site an hour from the family’s home.

At Brian’s arraignment on Monday, prosecutors also announced that a stained knife and blood were found in the Cohasset basement. That evidence, combined with his purchase of $450 in cleaning supplies and alleged Google searches for “how to dispose of a 115-pound woman’s body” in the days after Ana’s disappearance, have family and cops fearing the worst.

“My heart is breaking the more information is released,” former co-worker Cofield Williams told The Post this week.

“Even thinking about the thought of [Ana] not being among us anymore is truly devastating.” 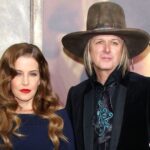 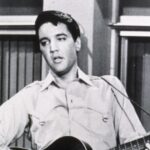 Elvis Presley Cause of Death: How Late Rocker Died