Missing Massachusetts woman Ana Walshe begged her mother to visit from her home country of Serbia a week before the realtor vanished on New Year’s Day, a new report revealed.

Milanka Ljubicic, 69, told Fox News Digital that her daughter’s pleas to reunite around the holidays has led her to believe there were “some problems” in Walshe’s life.

“She just said, ‘Please, mama. Come tomorrow,’” said Ljubicic in an interview conducted on Monday from her home in Belgrade, Serbia and later translated to English. “Which means, that clearly, there must have been some problems.”

Walshe, a 39-year-old mother of three, went missing on Jan. 1 after her husband, Brian Walshe, claimed she was on her way to the airport to travel to Washington, DC for work. She was reported missing on Jan. 4.

Brian Walshe was arrested for allegedly misleading investigators probing her disappearance and was arraigned in court Monday where he pleaded not guilty.

Ljubicic told Fox News her daughter texted her on Dec. 25 to come into Washington the next day, but she said she couldn’t get herself together in one day.

She said she suggested traveling the following day and then in early January, but her daughter told her she didn’t have to.

“And now I can’t forgive myself for not just letting things fall where they may, and just go, and whatever happens to me, happens,” the worried mother said, noting there was no reason given for Walshe’s urgency to see her.

Ljubicic told Fox News her daughter also tried to call her around midnight on Dec. 31 and then shortly after, but both phone calls were missed. Walshe then reportedly called an older sister, who was asleep, and her maid-of-honor, who didn’t hear the phone due to loud music.

“And now, I regret not getting the phone, because she’s disappeared,” Ljubicic reportedly said.

Ljubicic said she never noticed “anything bad” about her son-in-law Brian Walshe as he faces growing suspicion tied to his wife’s whereabouts.

The husband’s internet history indicated he searched “how to dispose of a 115-pound woman’s body” in the days surrounding her disappearance, according to a CNN report.

The national outlet, citing two law enforcement sources, also reported he looked up how to dismember a body.

Investigators also found blood and a knife in the Washe’s basement, said assistant district attorney Lynn Beland in court Monday. Washe is currently being held on bail after he was charged with misleading a police investigation.

He’s accused of lying about his movements around the time his wife went missing, but has not been accused of being behind her disappearance.

He told police he only went on Jan. 2 to get ice cream for his eldest son, but surveillance footage indicates he visited Home Depot store in a mask and gloves to buy a tarpaulin, mops, tape, bucket and other cleaning supplies, according to Beland.

“He is not charged with murder. He’s charged with misleading investigators by not saying … he went to a Home Depot,” Walshe’s defense attorney Tracy Miner said Monday.

“That anything happened, I can’t believe it,” Ljubici told Fox News. “In total, I spent sixteen months with my son-in-law and I never noticed anything bad about my son-in-law.”

She insisted the married couple “love each other,” but at times Ana was “irritated” by limitations because her husband, a convicted art fraudster, faced home confinement ahead of his sentencing.

“I cannot believe that he’d ever have done anything to her,” she said. “He said to the police that everything with Ana was fine.”

Ljubici said she’s still in shock that her daughter is missing.

“I just have just one wish, and that is that my daughter is alive,” she told Fox News. 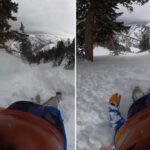 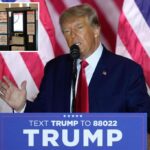