The 8-year-old daughter of the Mississippi veterinarian who was shot dead at a Motel 6 after killing two cops said she handed her mom the gun used to ambush the officers.

“Momma told me to give her the gun, so I gave her the gun,” the blood-spattered child told another guest at the motel, after the cops were ambushed, the Daily Mail reported Saturday.

“Momma shot the cops and momma was shot. Her eyes are open and she is breathing a little bit,” the girl told the other guest.

Brogdon Anderson’s former mother-in-law, Sylvia Brogdon, spoke in between tears about her ex-daughter-in-law when reached by The Post Saturday.

“Unfortunately she was a very troubled person although we loved her very much,” Sylvia Brogdon said. “She was really sick, more than we even realized, and we couldn’t help her. It was a mental illness issue. But she was a good mother and a good veterinarian. She loved her job and if you could see her children you can see she was a good mother. It’s so terrible when someone is a good person but they do something like this and then all the good is erased and people only see the bad.”

Indeed, Amy Brogdon Anderson’s Facebook page is filled with recent happy, smiling photos of herself with her kids and dogs – vacationing in Hawaii and pictured at a recent school Homecoming celebration.

“Her kids are with their daddy and stepmother now,” Sylvia said. “They are very close. They are being well taken care of.”

Both of the latter shots were precise, and all three were found dead in the parking lot Wednesday morning. Anderson’s daughter was in the car and was close enough to the chaos to be covered in blood — but was not injured.

Anderson had checked into the motel at 2:35am with the girl and a dog but had been “acting normal” another guest told the DailyMail.

Within an hour, however, Anderson was packing up her stuff and telling the front desk to call the cops, claiming “someone was following her.”

Robin and Estorffe were responding to that call when they arrived at the motel about an hour later, parking in front of Anderson’s vehicle and chatting with her for about 30 minutes.

The mom and daughter then got into the car, telling the cops they wanted to leave, a witness told the outlet.

“I heard her tell police that she wanted to leave. The cops told her she couldn’t leave until they had finished their investigation,” the witness said.

The motel guest then heard the woman scream. Then gunshots. Then only silence.

“It was eerily quiet,’ she said. She told the Daily Mail she saw the little girl walking around the SUV and called to her, but the child — whose face, arms, legs and flannel nightgown was covered in blood, hesitated.

“Are you going to hurt me? Momma told me people are trying to kill us,” the girl asked, according to the witness.

She reassured the child she wouldn’t hurt her, and told the Daily Mail that she rushed the girl into her own room to keep her safe as cops swarmed the motel.

When asked about the shooting, the girl repeated, “Momma told me people are trying to kill us.”

The child said she had a brother and sister and they were with her father in Madison, Mississippi.

Officials initially suspected that Anderson committed suicide after gunning down Robin at close range, and Estorffe from about 20 yards away. Robin and Anderson died at the scene, while Estorffe was pronounced dead at a nearby hospital.

Anderson’s relative, Breanne Anderson Simmons, posted a note on Facebook thanking her friends and family for their support.

“I wanted to post and say that we are deeply saddened and so appreciative of your kind words to us,” she wrote. “Please continue to keep our family in your thoughts & prayers.”

A friend of Simmons and Anderson replied to the emotional post, writing:

“Girl. I’m so saddened to hear this news about Amy. That is not the Amy that we all knew so well. You and your family are in our thoughts and prayers. Don’t let the social media bullies get to y’all.” 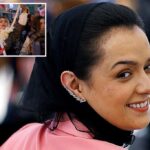 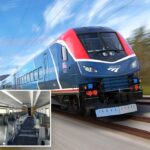