The Mississippi veterinarian who gunned down two police officers last week previously threatened her pedophile ex-husband with the same firearm she used in the gun battle that ended her life.

Amy Brogdon Anderson menaced her former husband, Royce Carroll “Jerry” Mize, with the 9mm handgun when he was released on bail after being arrested for performing oral sex on a 10-year-old girl in June 2017, the Daily Mail reported.

Anderson, 43, had two children from a previous relationship, and married Mize in 2011.

In court papers obtained exclusively by the Daily Mail, Mize’s sexual misconduct with his minor victim occurred in February and March 2017, and the couple divorced shortly after.

In the divorce filing, Anderson requested custody of the couple’s young child, as well as her two older children.

In his own court filing, Mize claimed that Anderson had stolen or lost some of his possessions, including a Chevy Silverado truck, clothing and prescription glasses. He also described the moment she waved the 9mm pistol at him when he tried to retrieve his RV while out on bail.

Anderson, who just started a new job at Lakeview Animal Hospital last month, checked herself and her 8-year-old daughter into a Motel 6 a short distance from her Ocean Springs home around 2:35 a.m. Dec. 14.

After complaining to the front desk that she was being followed, Anderson spoke to Sgt. Steven Robin, 34, and Officer Branden Estorffe, 23, in the parking lot for about 30 minutes before she apparently panicked and gunned them down.

“I heard [Anderson] tell police that she wanted to leave. The cops told her she couldn’t leave until they had finished their investigation,” a witness told the Daily Mail.

Anderson was found in the front seat of her SUV. She was killed by a single bullet to the chest, which was eventually determined to have been return fire from one of the fallen officers.

Witnesses said Rubin was discovered dead against the inside of the car’s open front door, while Estorffe was found alive in a pool of blood a few feet away. He was declared dead at the hospital.

It was later reported that Anderson’s daughter, who was present at the shootout, handed her mother the gun.

Speaking to the Daily Mail this week, Anderson’s friends surmised that she acted out of fear that her daughter would be taken by Child Protective Services.

“Amy was a wonderful, kind, loving and giving person,” one told the outlet.

“She had also suffered unbearable trauma from her second husband. She must have had some sort of mental breakdown.” 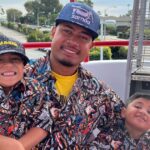 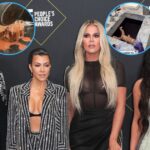