Who Are The Judges of ‘America’s Got Talent: All-Stars’?

America’s Got Talent judges Simon Cowell, Heidi Klum and Howie Mandel returned to the panel for the spinoff show alongside host Terry Crews.

The judges shared their excitement via Instagram where Heidi posted an energetic video backstage with Terry. The supermodel gushed that they were “ready for the show to begin” while the White Chicks actor was doing his infamous chest dance in the background.

Who Is the Cast of ‘America’s Got Talent: All-Stars’?

A total of 60 acts and performers will return to the show in hopes to be crowned the first-ever “Got Talent World Champion.” The returners range from former finalists to fan favorites… and even those who were eliminated during week one of their respective seasons.

Each week during the first rounds, 10 acts will compete and only two of those will advance to the finals.

The Light Balance Kids wowed the judges during their arcade-themed dance. Howie, who was granted the Golden Buzzer for the first episode, used his powers to advance the group to the finals. The former Deal or No Deal host admitted that the Light Balance Kids are his favorite acts *ever* and advocated for their message that “light always wins.”

Howie wasn’t the only judge to swoon over the dancers as Simon claimed the group performed their best dance “by a mile” and are the true definition of an “all-star.”

The superfans vote held the power to send the second and final act through to the finals. The Bello Sisters, Caly and Terry made the top three, but the Bello Sisters gained the most votes, advancing them to potentially become the season winners!

“You’ve just beaten the best of the best — congratulations,” the former American Idol judge told the acrobatic sisters after they received the good news.

Stay tuned to get weekly updates and meet more of America’s Got Talent: All-Stars cast! 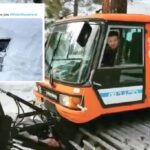 Jeremy Renner was helping motorist when snowplow ran over him 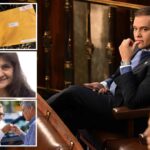