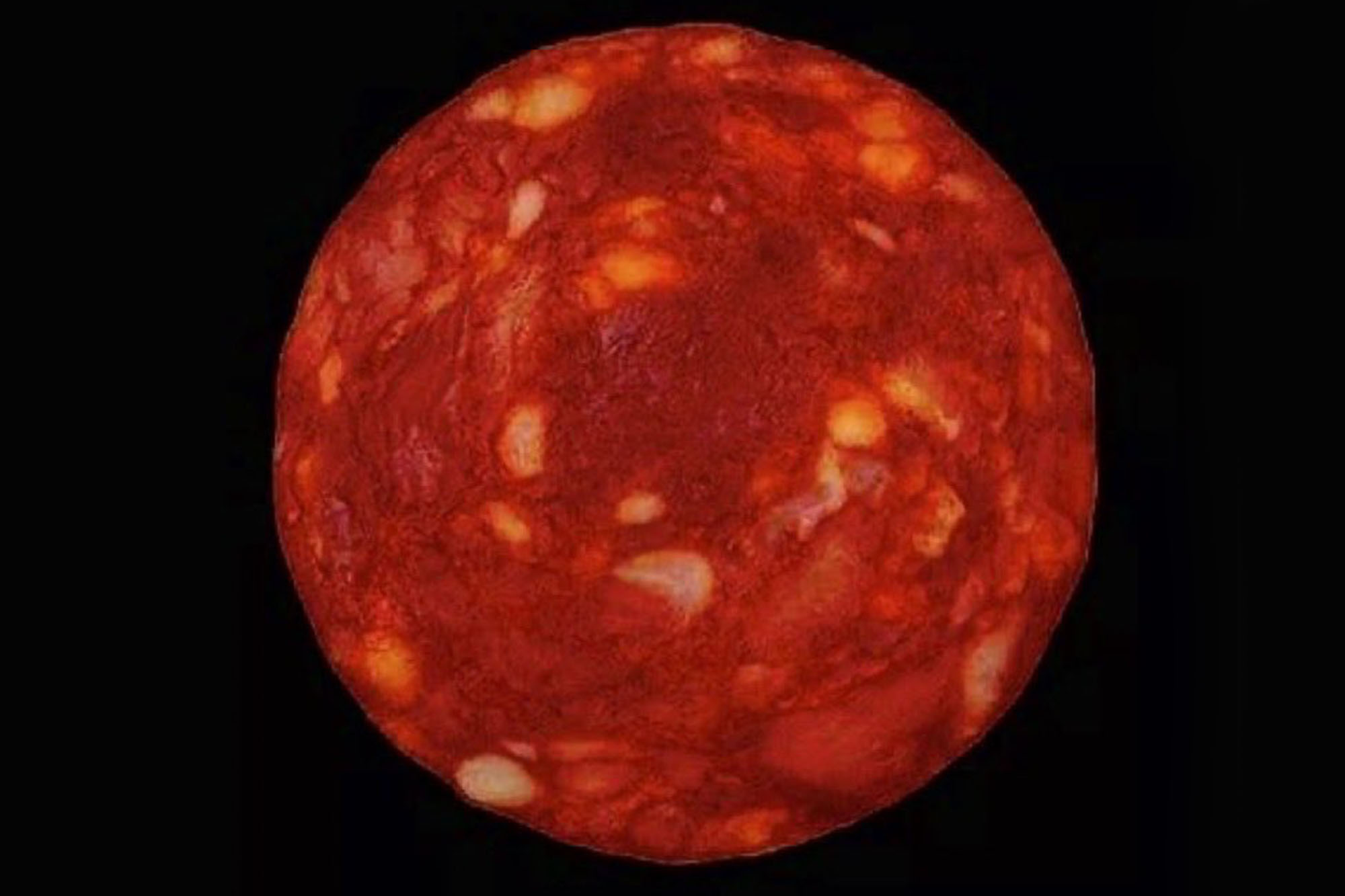 Space may be closer than we think — perhaps even sitting on a charcuterie board.

A French scientist has had to apologize for his spicy space prank after he tweeted a picture of a slice of chorizo, claiming it was a distant star captured by the James Webb Space Telescope.

Étienne Klein — a physicist and director at France’s Alternative Energies and Atomic Energy Commission — shared the photo of the slice of cured meat on Twitter last week, gushing over the “level of detail” it provided.

“Picture of Proxima Centauri, the nearest star to the Sun, located 4.2 light years away from us. It was taken by the James Webb Space Telescope,” a translation of the tweet read. “This level of detail… A new world is unveiled everyday.”

In some follow-up tweets, Klein apologized, informing followers the smoked sausage is strictly earthbound and a “form of amusement.”

“Well, when it’s cocktail hour, cognitive bias seem to find plenty to enjoy… Beware of it. According to contemporary cosmology, no object related to Spanish charcuterie exists anywhere else other than on Earth,” he wrote.

“In view of some comments, I feel compelled to clarify that this tweet showing an alleged snapshot of Proxima Centauri was a form of amusement,” he said in another tweet. “Let us learn to be wary of arguments from authority as much as of the spontaneous eloquence of certain images.”

He later tweeted a picture of the Chariot Wheel galaxy, taken by the James Webb Space Telescope, assuring followers it was “real” this time.

“Photo (REAL this time…) of the Chariot Wheel galaxy and its companion galaxies, taken by the JWST. Located 500 million light-years away, it was undoubtedly spiral in its past, but took on this strange appearance following a furious galactic pile-up,” the scientist wrote.

Images from the James Webb Space Telescope went viral in July when the first images were released to the public in July, providing a never-before-seen images of the universe and its countless galaxies.