Nearly 60,000 have died from the coronavirus in China since the country abandoned its zero-COVID policy last month.

Jiao Yahui, head of the Chinese National Health Commission’s Bureau of Medical Administration, told the media on Saturday that the nation recorded 59,938 COVID-related deaths between Dec. 8 and Jan. 12.

More than 5,500 of the deaths were caused by respiratory failure and the remaining fatalities resulted from a combination of COVID-19 and other diseases, Yahui said

The surge in deaths comes after Beijing dropped its strict three-year policy that included frequent testing, travel restrictions, and lockdowns, which triggered widespread protests in November.

The stark update doubles the number of deaths the country previously reported since the pandemic began, although Beijing’s transparency regarding the virus has garnered global criticism.

The distinction between cases follows protocols laid out last month when a Chinese health expert said that only fatalities caused by respiratory failure or pneumonia related to the virus would be classified as COVID-19 deaths. Jiao expanded on the matter Saturday by explaining that the country is dividing respiratory deaths with cases that include underlying diseases.

“The standard is basically in line with those adopted by the World Health Organization and other major countries,” she said.

Meanwhile, the surge in cases is expected to last, peaking in the next two to three months as infections spread to the country’s vast countryside, a Chinese epidemiologist said.

Zeng Guang, the former chief epidemiologist at the Chinese Center for Disease Control and Prevention, warned in a report published in local media on Thursday that infections are expected to spike in the country’s rural areas as hundreds of millions travel to their hometowns for the Lunar New Year holiday, which starts Jan. 21.

Guang said that medical facilities are not well equipped in the countryside and have been leaving behind the elderly, sick, and disabled.

“Our priority focus has been on the large cities,” Zeng said. “It is time to focus on rural areas.”

On Friday, Chinese virologists said they discovered an infection with the Omicron subvariant XBB. 1.5, which has been dubbed the most transmissible variant thus far by World Health Organization scientists, although there is no evidence that the effects of the variant are more severe.

WHO officials also warned this week of the increased risks stemming from holiday travel after China opened its borders on Jan. 8. and Guo Jianwen, a member of the country’s pandemic prevention team, suggested that people should not go home if they are worried about elderly relatives.

“Don’t go home to visit them,” Jianwen said. “You have all kinds of ways to show you care for them. You don’t necessarily need to bring the virus to their home.” 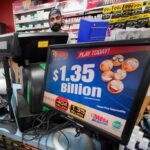 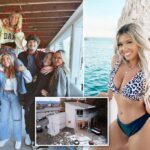 Kaylee Goncalves had moved out of home before Idaho murders