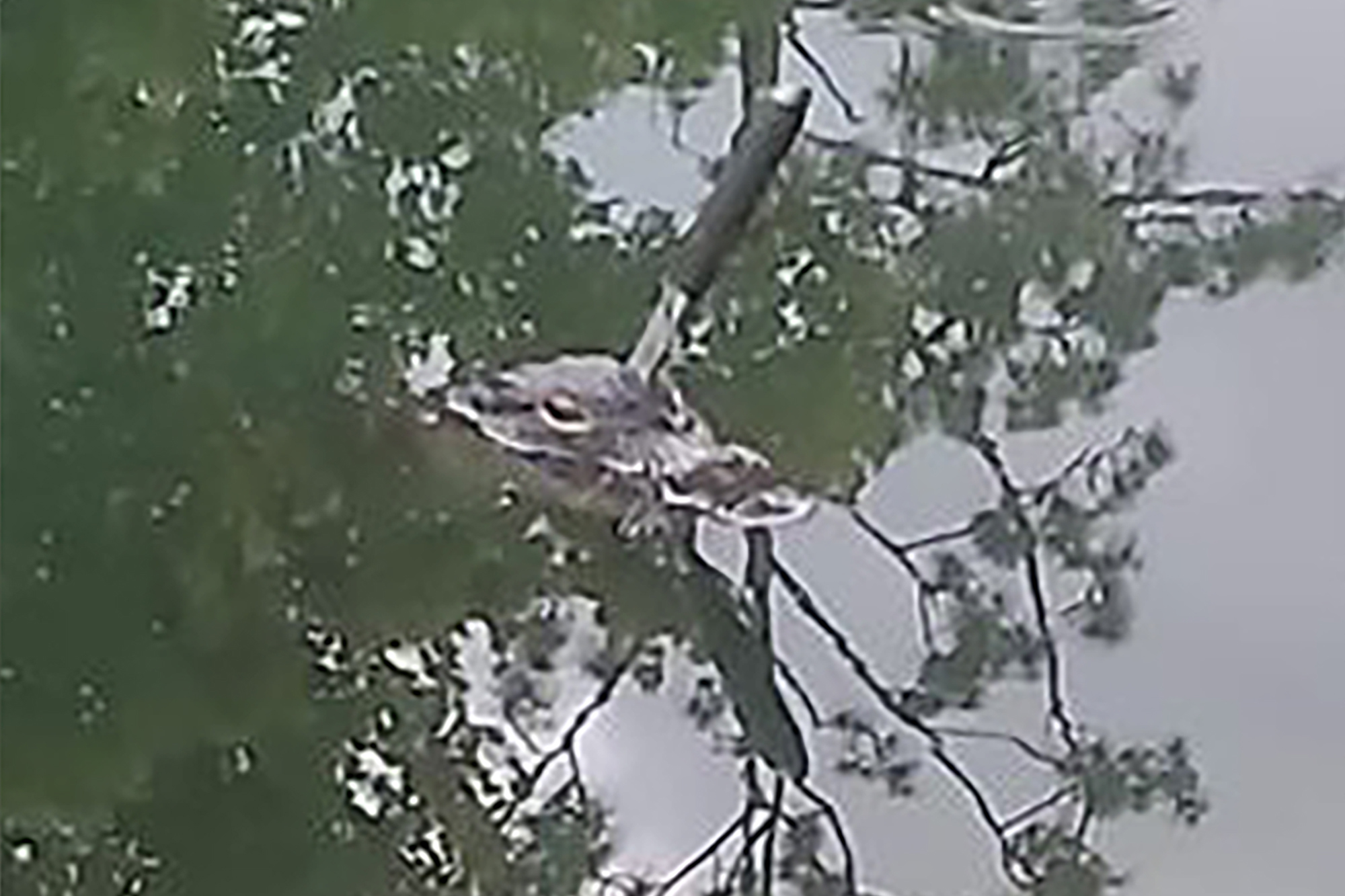 An alligator in a Florida pond gave passerby over the weekend when it was spotted swimming with a large knife sticking out of its head.

The Florida Fish and Wildlife Conservation Commission said on Monday it was notified about photos depicting the knifed reptile circulating on social media, ClickOrlando.com reported.

Reports stated that several passersby observed the alligator in a pond along Providence Boulevard in Deltona on a recent afternoon.

FWC officers were dispatched to the location over the weekend and captured the alligator with the knife still protruding from the top of its head.

The animal was then euthanized because of the severity of its injuries.

The person who stabbed the alligator has not been identified yet.

Florida laws prohibit intentionally killing or injuring an alligator, unless authorized by the FWC commission, or as part of the Statewide Alligator Harvest Program.

Those convicted of unauthorized killing of an alligator, which is a third-degree felony, could be sentenced to up to five years in prison and fines.

A strikingly similar incident took place in Texas in June 2019, when an alligator with a steak knife protruding from its head was spotted in Pumpkin Lake in Sugar Land.