The man accused of fatally mowing down six parade-goers during the Waukesha Christmas parade in Wisconsin last year was tossed from court multiple times for a series of strange outbursts on Monday.

Darrel Brooks, 40, disrupted proceedings ahead of jury selection, forcing the judge to take numerous breaks and to eventually instruct him to participate from another room.

Brooks, who is representing himself, bizarrely interrupted Waukesha County Judge Jennifer Dorow, arguing he did not recognize her as a judge or the state of Wisconsin.

He could be seen at one point leaning his arms on the table with his suit jacket pulled up over his head.

Brooks is facing six first-degree intentional homicide charges and 61 counts of reckless endangerment that could lead him to life behind bars if convicted of any of the homicide charges.

Before possible jurors even entered the courtroom Monday, Brooks was sent back to his cell because of his outbursts.

Every time he came back, Brooks kept acting out, asking Dorow to state her name and questioning the court’s jurisdiction before the judge ordered him into another room where he participated through video.

Dorow called 10 recesses on the trial’s first day and threatened to appoint Brooks an attorney.

Brooks’ combative behavior is nothing new. In August during a pretrial hearing he was escorted out of courtroom for his behavior. At one point during pre-trial hearings, Dorow told Brooks to “stop playing games” as he laughed in court.

He originally pleaded not guilty due to mental disease, but pulled that plea back in September and last week convinced Dorow to let him represent himself despite his wild courtroom actions.

About 340 prospective jurors could be called before 16 people are finally picked, Dorow said in court documents. Twelve people would determine a verdict while the other four would sit as alternates. 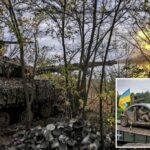 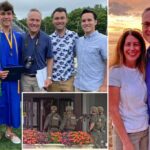