RICHMOND, Calif., — The crazed man who allegedly attacked Paul Pelosi with a hammer was deeply involved in conspiracy theories like QAnon and had “fried his brain” with drugs, people who knew him told The Post.

“I think he was traumatized… It got worse and worse because he went down a rabbit hole and he was watching videos all the time,” Frank Ciccarelli, who employed DePape for six years at his landscaping business, told The Post.

“When I met him he was more of a liberal early on … but it became the whole thing, Hillary Clinton, Pizzagate, the election was stolen, QAnon. He didn’t believe everything, and I tried to talk to him rationally, but there was just a block there.”

Ciccarelli said DePape — who allegedly broke into the Speaker’s home and shouted “Where’s Nancy?” while confronting her husband — “had a deep antipathy toward liberals,” but noted that “he never mentioned Nancy Pelosi.”

The 76-year-old described how DePape had been sleeping rough when he first met him, but he’d helped him find a place and he had been living in the garage of a 90-year-old former photographer for the last two years.

Ciccarelli added how he felt “shock and disbelief” upon hearing he was responsible for the attack as he went to clean out some of DePape’s possessions, including a gaming chair and weights, from the garage Monday.

A federal affidavit unsealed on the same day described how officers had earlier found a sword, hammers and various paperwork in the garage.

“I last saw him on Tuesday [Oct. 25] when I paid him for the work he did the previous week,” the boss said, adding: “He as the best helper I ever had. He would show up without fail and worked hard and was really competent.”

“He showed me a scar on his shoulder where his said his aunt had poured boiling water on him,” Ciccarelli said.

Linda Schneider, who met DePape through her California-based non-profit and was friends with him between 2009 and 2012, said “he had fried his brain” from his drug use.

“That also makes sense to me why he would be on the computer and was being swayed by, you know, political or extremists messages,” she said.

Schneider said DePape “was afraid to communicate with people and his only kind of mode of being in the world was via computer.

“He wouldn’t even go get a bank account. It was so shocking. He was terrified to even face the teller,” she added.

One of the things stoking the paranoia of DePape, who grew up in Canada, may have been that he was in the country illegally, having overstayed his visa for many years.

She said he used to do “a significant amount of drugs” with his ex-partner, nude activist Oxane “Gyspy” Taub, who is currently in prison after being convicted of abducting a 14-year-old boy near his Berkeley high school in 2021.

“I can’t remember specifically what was around at that time, but I recall it was it was pretty mind altering drugs,” she said. “I just remember thinking, ‘Well, that is some heavy stuff.’ I think it was harder drugs than magic mushrooms.”

The Justice Department charged DePape on Monday with attempted kidnapping and assault with intent to retaliate against a federal official by threatening or injuring a family member — charges which could carry a maximum sentence of up to 50 years in jail. Separately he was also slapped with a raft of state charges including attempted murder and assault with a deadly weapon.

According to the affidavit, DePape broke into the couple’s mansion early Friday and said he was looking for Nancy Pelosi — who was then in Washington, DC.

DePape had intended to tie up Paul with zip ties, but he was able to avoid him and move into a bathroom where he placed a 911 call.

The Speaker’s husband remains in the hospital as of Monday recovering from his injuries. 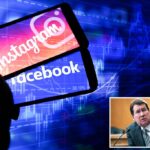 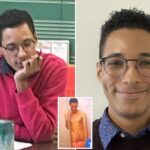