How much is too much to spend on presents for a child? According to some mega-celebrities — any amount. Despite earning millions of dollars through film, television, music, what have you, there are some celebs who simply refuse to give their children gifts.

Before any famous celebrity gets called a Grinch, a Scrooge, or a Krampus, it’s helpful to know why they won’t fork over their wads of cash to their children.

Relationship expert Susan Winter exclusively explained to Life & Style that holidays are well known “to be stressful,” and many people have “unrealistic expectations” during this time of year. Celebrity parents have to be on the same page when it comes to gift-giving, according to the Breakup Triage: The Cure for Heartache author. Otherwise, their relationship may suffer.

“Holiday stress is augmented with the presence of children,” the expert told the outlet, adding that the “vast wealth” celebrities have may interfere with how they pictured raising their children.

“Partners can fight over which is the correct route to go; functional gifts that foster social responsibility or over-the-top gifts that supply a temporal thrill,” Susan said.

The celebrity parents on this list, however, seem to be on the same page when it comes to gifting. To them, it’s much more important that their children learn to give back rather than expect outlandish gifts. You certainly won’t see Mila Kunis and Ashton Kutcher‘s children upset over getting the wrong colored Maserati for two reasons: their tradition is to not give their kids presents in order to avoid spoiling them … also their oldest was born in 2014, making her way too young to drive a car.

While the couple isn’t against giving gifts, they are against over-gifting.

And those ideals aren’t just held by movie stars; even HGTV’s Chip and Joanna Gaines of Fixer Upper started to question the gift-giving game. Chip and Jojo have five kids and, according to the patriarch, plenty of Christmases under their (tool)belts.

“I started to think about how we could impact our kids’ lives in a real big-picture sort of way,” he wrote in The Magnolia Journal‘s 2017 winter edition. “They were still young, but we’d been through enough Christmases … to know how quickly presents can get out of hand.”

Instead of stockpiling gifts under their own tree, Chip and his brother-in-law had the kids pick out gifts for others and drove around on Christmas trying to find people who could use them more.

It’s not for everyone, of course. The holidays may be the only time of year some families are able to exchange gifts, but keep scrolling to see the celebrity parents who gave up the tradition. 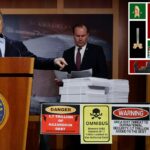 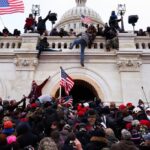