With four wives and 18 children, the Sister Wives family tree is a gigantic mess. And not just because of the whole 18 children thing (geez, watch out, Duggars).

Not only do Meri Brown, Janelle Brown, Christine Brown and Robyn Brown all have kids with Kody Brown, but add some extra marriages and divorces into the mix and things start to get really confusing.

Of course, now that Kody and Christine have split, things will start to look a little different in the Brown household. Take a peek at how heavy and convoluted each branch of their family tree is below.

Allow us to break this huge tree down, branch by branch … by branch.

Meri is the OG wife and originally was the only one legally married to Kody (with the other unions being merely “spiritual” in nature). However, the pair technically divorced in 2014 so Kody could legally marry Robyn and adopt her three children (don’t worry, we’ll get to that). After getting dethroned like that, we kind of get the whole catfishing scandal Meri went through.

Anyway, Kody and Meri’s only child is Leon Brown. Leon revealed they are transgender in June 2022 but their coming out wasn’t initially well-received by their mother. But these days, it seems Meri and the whole family is very accepting of Leon’s super cute relationship with their partner Audrey Kriss.

Oooooooh boy. Logan Brown is the eldest child in the Brown family and is engaged to girlfriend Michelle Petty.

Then, there’s Madison Brown, also known as Maddie. She is the second eldest child of Kody’s second-longest wife, but she was the first of his kids to get married. Plus, she and her husband, Caleb Brush, welcomed the first Brown grandbaby, Axel, in May 2017. Then, in August 2019, the couple had their second child and the next grandbaby in the huge family — Evangalynn ‘Evie’ Kodi Brush.

Hunter Brown and Garrison Brown came next, and they were both interested in military work — they became part of the Air Force and National Guard, respectively. And little Savanah? She’s practically grown up now.

Christine definitely worked hard not to be outdone by Janelle’s massive family.

Her eldest daughter, Aspyn Brown, is married to Mitch Thompson. Mykelti Brown, her second daughter, tied the knot with Tony Padron in 2016. In September 2020, Mykelti and Tony announced they were pregnant and expecting baby No. 1, which is Kody’s third grandchild. They welcomed a daughter named Avalon Asa in April 2021.

From there we have Paedon, Ysabel, Gwendlyn and little Truely Brown, whose birth was featured in the first season of the TLC series.

Mykelti turned Christine into a grandmother when she welcomed her firstborn daughter,  Avalon, with husband her husband, Antonio Padron, in April 2021. The family is about to become even bigger, as Mykelti and Antonio are currently expecting twins.

Before meeting Kody, Robyn was married to a man named David Jessop. Together, they share Dayton, Aurora and Breanna, who have been legally adopted by Kody. After they got married, Kody and Robyn had two kids — Solomon and Ariella.

While it seems like the Browns have wrapped up having children, never say never! Robyn once said she and Kody are “open to God’s inspiration” when it comes to having more kids, so anything could happen. Plus, there are sure to be more second next-generation baby Browns in the future. Keep watching, Sister Wives fans! 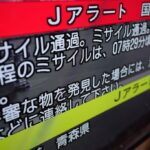 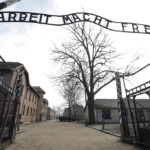 Poland demands $1.3T in reparations from Germany for WWII atrocities