A half century after their plane crashed into the Andes, the survivors who resorted to cannibalism to stay alive came together this week in Uruguay to remember their grisly ordeal.

The story of the 16 survivors of Uruguayan Air Force Flight 571, which was chartered to take an amateur rugby team from Montevideo to Santiago, Chile, in 1972 was immortalized in the best-selling book, “Alive: The Story of the Andes Survivors” by Piers Paul Read. It was later made into a Hollywood movie in 1993.

“Of course, the idea of eating human flesh was terrible, repugnant,” said Ramon Sabella, 70, who is among the passengers of the Fairchild FH-2270 who survived 72 days in the Andes, the Sunday Times of London reported.

The group, all of whom are still alive, get together on the Oct. 13 anniversary of the crash for a mass to remember the 29 friends and crew members who perished in the crash at an altitude of more than 13,000 feet, according to the outlet.

This year, the 50th anniversary of their ordeal was celebrated with a stamp by the Uruguayan post office, the newspaper reported.

“It was hard to put in your mouth,” recalled Sabella, a successful businessman. “But we got used to it. In a sense, our friends were some of the first organ donors in the world – they helped to nourish us and kept us alive.”

The group made their decision after consuming the food they had on the plane, which included eight chocolate bars, a tin of mussels, three small jars of jam, some almonds and dates and several bottles of wine

Today, the 16 survivors are a close-knit group who also meet each year on December 22, the day the rescue began, for a barbecue – of beef steaks and pork sausages.

The plane slammed into a mountainside in rough weather when the pilot veered off-course. It had its wings ripped off on impact, leading to the immediate death of 12 passengers and crew. Seventeen more would perish from their injuries and an avalanche, according to reports. After ten days the group of survivors heard on a radio that the search for them had been called off.

“Thinking of the suffering that must have caused our families at home made us even more determined to survive,” said Sabella.

Paez said he has made a career of traveling the world to lecture about his ordeal in the mountains.

“I’ve done six million miles on American Airlines,” he said. “I’m condemned to tell this story for evermore, just like the Beatles always having to sing ‘Yesterday.’” 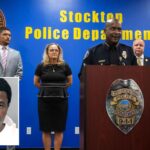 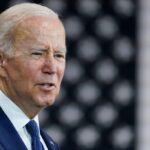