A loving mama! Fans got to know Real Housewives of Orange County alum Alexis Bellino during her three-season stint on the long-running Bravo series. At the same time, fans got an inside look at how she balanced raising three children while trying to launch careers in the fashion industry and as a lifestyle reporter on local television. Keep scrolling to find out everything to know about Alexis Bellino’s family, including her kids, fiancé, ex-husbands and more.

Who Are Alexis Bellino’s Kids?

Alexis shares three children – James and twins Mackenna and Miles – with ex-husband, Jim Bellino, who also appeared on seasons 5 through 8 of RHOC. In an October 2022 Instagram post, Alexis shared that Miles asked her to announce his decision to come out as transgender ahead of his 15th birthday.

“I cannot imagine the strength and courage it took for my baby to do this, but I’m extremely proud of him and I want everyone to understand that love doesn’t change in these situations,” she captioned a photo of the pair. “It’s unconditional love. Miles came out as a transgender boy to me over 16 months ago. He hid it from everyone else for a while, but eventually, he got to where we are right now. TO HIS FREEDOM!”

Alexis went on to note that Miles has “now flourished” ever since he came out as transgender. “My son now smiles naturally for the first time in years! My son now loves the clothes he wears. My son can breathe knowing he can be his true self,” she continued. “My son lights up every single time a stranger calls him ‘he.’ My son runs with the boys. My son can actually FEEL. My son can live life now with his true self.”

Who Is Alexis Bellino’s Fiancé?

The Bravo alum got engaged to Andy Bohn in 2020. She revealed the news in a romantic Instagram post at the time, captioning the sweet snap of the newly engaged couple, “One good thing actually came out of 2020. Yes, @acbohnz. I’m all YOURS.”

Though her groom-to-be’s Instagram profile is private, one scroll through Alexis’ own Instagram page will show that the pair love spending their time together golfing, hanging out with friends, relaxing by the pool, watching live music and more.

While speaking to Us Weekly in June 2021, Alexis couldn’t stop gushing about her fiancé, whom she calls her “best friend.”

“I haven’t been to one therapy session with [my fiancé],” she shared with the outlet, noting that she and ex-husband Jim were in therapy for almost the entirety of their marriage. “We haven’t had but two fights. We just were just meant to be together.”

Who Is Alexis Bellino’s Ex-Husband?

Alexis has been married twice before. She tied the knot with her college sweetheart, Jeff Barry, in 2002 but they split just two years later in 2004.

She and ex Jim wed in 2005 and were together for nearly 14 years before calling it quits in 2018. The former Fox5 personality told Us Weekly in a June 2021 interview that appearing on reality TV had nothing to do with their split and the couple would’ve gone their separate ways regardless of starring on RHOC for three seasons.

“We were married 14 years and then [in] therapy the whole 14 years. So that tells you something,” the former Bravolebrity explained. “I don’t think that Jim and I would have made it, even if Housewives hadn’t have come about. It would have been me wanting to open my coffee shop that I’ve had a dream for, or like, you know, there’s just other things that I would have probably wanted to do that. It would’ve caused a little bit of a ruckus.” 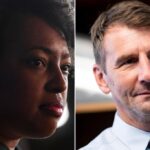 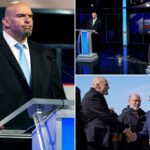