South Carolina attorney Alex Murdaugh — who has been hit with scores of charges including the killing of his wife and son last year — is facing even more criminal counts as a grand jury indicted him Friday for tax evasion.

The 54-year-old, who allegedly shot his family members to cover up a host of financial crimes, is accused of working to avoid nearly $487,000 in state income taxes.

The nine new counts of attempting to evade taxes bring the numbers of counts against Murdaugh to over 100.

Murdaugh is set to stand trial in late Jan. 2023 for the June 2021 shooting deaths of his wife, Maggie, and son, Paul, at the family’s Colleton County home.

He plead not guilty to the murders in July. If convicted, prosecutors have said they plan to seek life in prison.

According to a flurry of indictments filed since Sept. 2021, most of the other charges against Murdaugh entail stealing $8.8 million in settlement money from injured clients and families, as well as a drug ring and money laundering scheme.

The downturn in Murdaugh’s legitimate earnings corresponded to a sharp uptick in stolen cash, including a whopping $3.8 million in ill-gotten gains in 2019.

Around that time, Murdaugh also allegedly squirreled away a $3.5 million insurance settlement related to the death of the family’s longtime housekeeper, Gloria Satterfield. The money was intended for Satterfield’s sons, who later said they never received a dime before Murdaugh’s arrest.

Murdagh’s tax evasion indictments also come just one week after prosecutors claimed that he shot his wife and son in order to distract from his financial schemes. He then allegedly arranged for his own death in order to secure a $10 million life insurance payout for his surviving son, Buster.

While Murdaugh’s attorney’s argued that the high-powered lawyer knew better than to attract attention to his personal life, state grand jury chief prosecutor Creighton Waters held his ground in the court.

“This is a white-collar case that culminated in murders,” he insisted to Circuit Judge Clifton Newman.

Is ‘Sister Wives’ Canceled? If Show Will Return in 2023 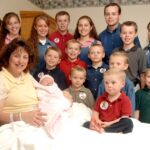 What Religion Are the Duggars? IBLP Christianity, Faith