Alex Jones was ordered to pay $965 million to families of victims of the Sandy Hook massacre by a Connecticut jury on Wednesday — in the second defamation ruling against the conspiracy theorist for his claims that the 2012 mass shooting was a hoax.

The far-right Infowars host has repeatedly claimed the shooting was a media fabrication, denying that gunman Adam Lanza slaughtered 26 people at the elementary school and then himself on Dec. 14, 2012.

Families of the victims said Jones profited off their suffering, amassing tens of millions of dollars by repeating the lies that drove clicks to his website Infowars and helped him hawk merchandise.

“Every single one of these families [was] drowning in grief, and Alex Jones put his foot right on top of them,” attorney Chris Mattei told then jury during the trial.

The families said Jones harassed them and sicced his followers on them, leading to death threats.

In August, an Austin, Texas, jury ordered him to pay $49.3 million to Sandy Hook parents in a defamation trial with different plaintiffs

This is a developing story. Please check back for updates. 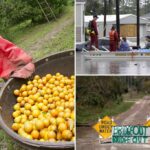 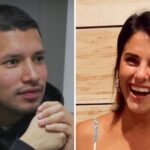 Are Javi Marroquin and Lauren Comeau Together?